Word today is that the Senate is about to finalize a secret backroom deal on a healthcare repeal bill at least as bad as the House bill, and Senator Capito is considering a yes vote. Now is the time to act if we are to stop this disaster in the making! 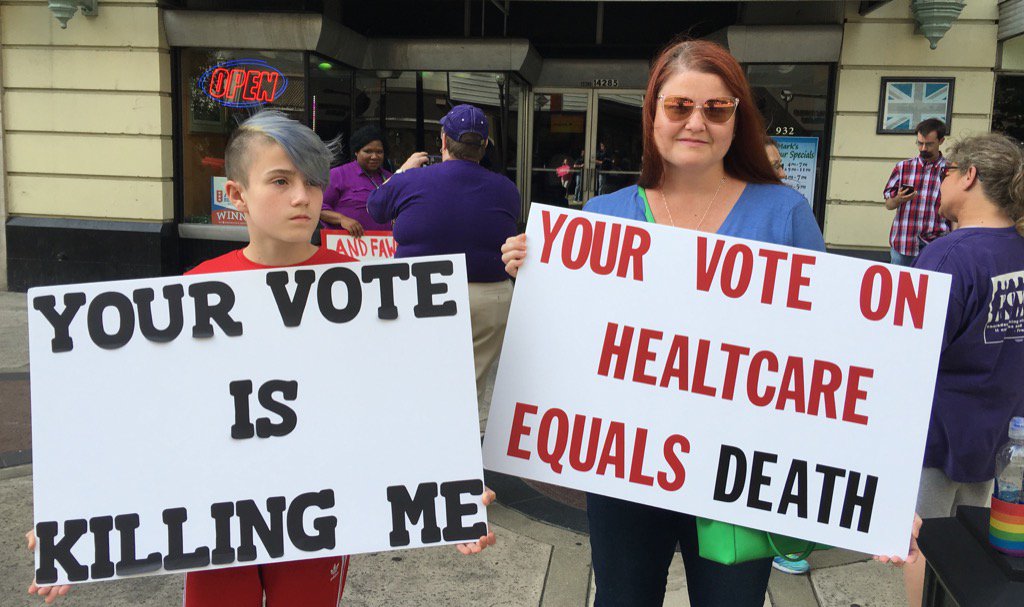 Today the Senate is considering an ACA repeal bill backroom deal that would cause hundreds of thousands of West Virginians who rely on Medicaid as a lifeline to lose their health coverage. The key Senator who can make or break the deal: Senator Capito.

CALL NOW urging her to protect the health coverage of her West Virginia constituents. Tell her to say NO to Medicaid cuts, to phasing out the Medicaid expansion and to Medicaid caps.

The Senate is discussing a proposal to “wind down” the Medicaid expansion over 7 years as part of the Senate bill to repeal and replace the health law. More than 180,000 West Virginians rely on the Medicaid expansion for coverage, including hard-working adults who don’t get health insurance through their jobs, and 225,000 of WV’s children receive care through Medicaid/CHIP.

Now is the time to contact Senator Capito with this message:

— Regardless of how long a repeal bill takes to wind down the Affordable Care Act’s Medicaid expansion, hundreds of thousands of West Virginia residents who currently have health coverage are going to lose it.

— This new 7-year proposal is not a compromise.

— Please preserve the Medicaid expansion and reject any proposals to cap and cut the traditional Medicaid program.

In the coming weeks we will be stepping it up, asking you to come out in person, on the phones, and in the streets. We must let Senator Capito know we can’t afford this bill, which will lead directly to medical neglect and even death. Stay tuned for more action alerts!