A bill that would make it easier to site and build landfills for drilling waste will be voted on by the House of Delegates later this week.  SB 601 has been changed dramatically more than once since it was introduced. It started as a bill that would have made it easier to issue permits for solid waste facilities that accept only drilling waste. This would have been done by taking away the local control county and regional solid waste authorities currently have to approve siting of such facilities and eliminating the requirement that these facilities obtain a certificate of need from the WV Public Service Commission (PSC). The WV Department of Environmental Protection (DEP) would have been the sole regulatory agency for such facilities, but their role would have been limited.

Last Sunday, SB 601 was hastily rewritten in the Senate Judiciary Committee and turned into a purported recycling bill.  The amended version of the bill contained no reference to or mention of oil and gas solid waste.  Instead the bill removed two types of “recycling” facilities, “materials recovery facilities” and “mixed waste processing facilities,” from the PSC’s jurisdiction. Under the amended version of the bill, these “recycling” facilities would still have to get siting approval from local or regional solid waste authorities, but would not be required to get a certificate of need.

Unfortunately, despite SB 601’s transformation into a “recycling” bill, there were concerns that solid waste authorities had that we did not know about until the bill had already passed the Senate. To make matters worse, after the bill was reported to the House it appeared almost immediately on the House Judiciary Committee agenda, where the oil and gas solid waste provisions were amended back in.

It is not as bad as the original introduced version.  Oil and gas waste, materials waste recovery facilities and mixed waste processing facilities would still have to get siting plan approval from the local solid waste authority, but would not be required to get a certificate of need from the PSC and would be completely removed from PSC jurisdiction.

1) It removes an important step in the permitting process for oil and gas solid waste facilities.  More specifically it would be easier to site and build such facilities because they would no longer be required to get a certificate of need from the WV Public Service Commission and would be completely removed from the PSC’s jurisdiction. The WV Department of Environmental Protection would still be involved in the environmental aspects of the permitting process, but the DEP has no authority to limit the number of facilities that could be built or where they could be sited relative to other facilities accepting the same type of waste.

There will most likely be an amendment on the floor to take out the oil and gas provisions, but we have to make phones ring and get emails in to delegates opposing this. So please call or email your delegates and tell them that SB 601 is bad because the Public Service Commission’s oversight is important, and prevents unneeded waste dumps from being built.  However, the oil and gas provisions are not the only concern.  SB 601 also puts our local and regional solid waste authorities at a competitive disadvantage with the so-called “recycling” facilities that are being deregulated, jeopardizing the public investment in these facilities.

Your senators need to hear a similar message.  They may not be aware that the bill has changed, and some were likely unaware of the problems with the version they passed. 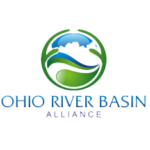 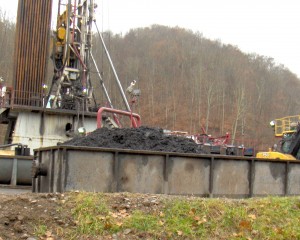