On Wednesday, WV CAG and other social justice organizations joined our friends at WV FREE to launch a new Health Not Politics campaign to defeat a proposed ban on Medicaid coverage for abortions for low-income women in West Virginia. At the campaign launch, WV FREE released new polling data showing that West Virginia voters oppose efforts to change the state constitution and ban Medicaid coverage for abortion.

The results of the poll conducted by Hart Research Associates reveals that nearly two-thirds (65%) of West Virginia voters support the state’s Medicaid insurance program covering a range of reproductive health care services, including annual check-ups, prenatal and maternity care, birth control, and abortion, compared with just 27% who oppose the Medicaid program covering these services. Similarly, 64% of West Virginia voters say that debating and passing legislation to ban Medicaid coverage of abortion is the wrong issue for the Legislature to be spending time on, compared with just 31% who want to see their legislators spending time on this issue.

Unfortunately, the following day the House Health Committee passed HB 4012, which bans Medicaid insurance coverage for abortion. A ban on this coverage harms women and their families by forcing them to choose between paying for necessities like rent and paying for health care. No one should be put in a position where they must make these types of decisions. Additionally, being denied abortion care can have devastating effects on a woman and her family’s economic future, potentially driving them deeper into poverty.

Horrifically, the House Health Committee refused to allow an exception for this coverage even in cases of rape or incest. Delegate Mike Pushkin (D-Kanawha) offered an amendment to provide abortion coverage in those instances, but the amendment was rejected.

The bill now goes before the House Judiciary Committee and there may be a public hearing this week. We’ll keep you posted. In the meantime, please contact House Judiciary Chair Contact Chair John Shott (R-Mercer) and ask him to stop HB 4012. We need him to understand that individuals from all over the state are concerned with this bill and that he needs to keep it off of his committee’s agenda. 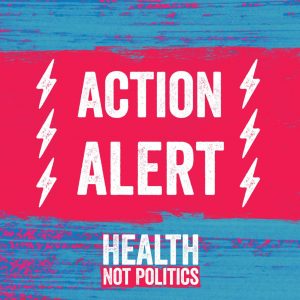