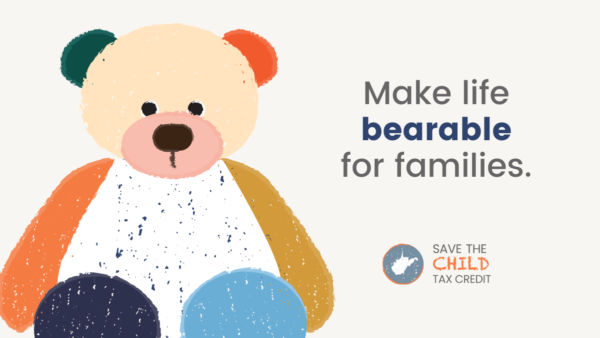 Last Wednesday, February 2nd, at 11:30AM, a coalition of West Virginia organizations and directly impacted mothers, parents and grandparents held simultaneous press conferences in both DC and Charleston, WV, to amplify the voices of WV “Momma Bears” who wanted to remind Senator Manchin that 50,000 West Virginia children are now back below the poverty line with the elimination of the enhanced CTC. For WV children and families, poverty is #Unbearable.

To highlight the urgent need, the Unbearable Campaign was created to amplify these West Virginian “Mama Bears’” stories and aims to develop solidarity among parents nationwide. The campaign is grounded in the visual imagery of “loved on” teddy bears, to keep the focus on the children who are suffering, and vivid language—including bear metaphors—to raise awareness of families’ stories. For more information, visit www.unbearablecampaign.com.

Mama Bear mothers traveled to Washington, DC to share their stories with senators in front of 500+ teddy bears at the US Capitol. They were led by WV economic justice organizer Amy Jo Hutchison. We hope the stories will be heard by the senate and inspire action by the federal government.

At the same time, here in Charleston, WV, a small group stood outside Senator Manchin’s office and read quotes from West Virginia mothers on how our families and children are suffering. Without the aid of the Enhanced Child Tax Credit, things are just Unbearable.

Quotes from the Charleston event are at the bottom of this article.

“As we stand outside the West Virginia state lottery building, it is a good reminder that we shouldn’t gamble with our children’s lives,” said United Methodist Pastor Jeff Allen. “It is not good to leave our children’s future to chance, not when we have the opportunity to even the odds for West Virginia children. It’s not good when children’s lives become unbearable for hunger, lack of daycare, lack of housing and poverty. As we stand here today, we know that mothers and fathers and advocates for children will be standing on the mall at Washington DC, all with 500 Teddy bears, each bear representing 100 children, fallen back into poverty with the expiration of the extended child tax.” 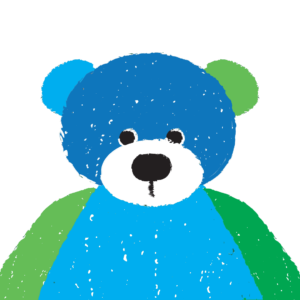 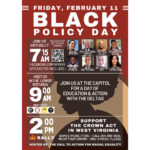 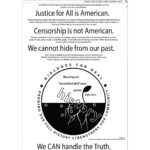 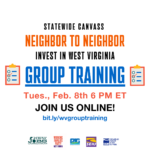 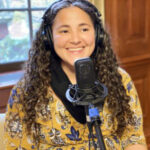