Our annual fundraiser and awards dinner, the Spring Fling, was a huge success!  Thank you to all of our sponsors, silent auction contributors, those who attended and those who supported from afar.  It was a wonderful evening of fellowship, delicious food from Whimsy Catering, live music and fun!  This year we honored Betty Rivard, former state Delegate Tim Manchin, Jesse Johnson and Rusty Williams.

Every year we look forward to celebrating and recognizing the hard work we are all committed to and we are grateful to be in this movement with all of you!

WV Citizen Action is diligently focused on building collective power through sustained collaborative efforts. It is our goal to make progressive changes in policies ranging from environmental protection and clean elections to government accountability and health care reform.  We are are going up against a machine, and we simply cannot do this important work without you. Right now, a big part of our efforts are going towards the fight to protect the health care of West Virginia children and families. Citizen Action is committed to being a consistent voice, reminding our elected officials that they work for “we the people.”

With your continued support we will get louder and more powerful.  We will never have as much money as the pharmaceutical industry, but we have seen evidence of what happens when large groups of people come together. Please consider becoming a member, renewing your membership, or setting up a sustaining membership.

Citizen Action is only as powerful as the people and together we can make the necessary changes to live in a world that works for all of us! 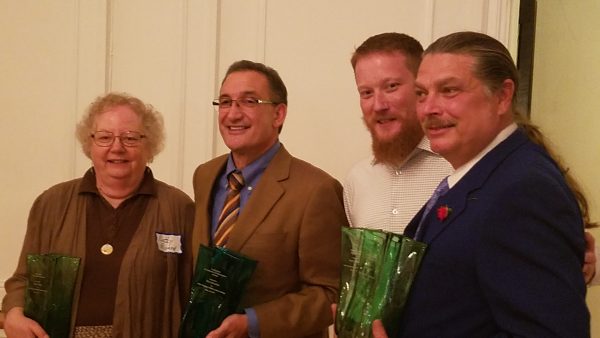 More about our awardees:

Delegate Tim Manchin received the Si Galperin In Defense of Democracy Award for his service and efforts to protect West Virginia consumers and the environment during his time in the legislature, and championing important democracy and fair courts measures such as our Supreme Court of Appeals Public Campaign Financing Program and post Citizens United reforms to hold corporations and special interests accountable for their political spending. The In Defense of Democracy Award is an award recognizes deserving individuals who have shown they are consistent leaders and advocates for the economic, environmental and social justice issues we all care so deeply about. In 2008, WV-CAG decided to rename this award to honor and memorialize our dear friend and former board member Si Galperin.

Betty Rivard received the Don Marsh Public Service Award.  Betty is a photographer, book editor, and retired social worker, who has been an active volunteer on anti-poverty, and tax and budget issues in her retirement. She is also a frequent contributor to the Charleston Gazette-Mail. The award is named for Don Marsh a native of the Logan Co. coal fields and longtime editor at the Charleston Gazette, where he advocated for social, civil, and environmental justice reforms.

Jesse Johnson and Rusty Williams, received the Thomas A. Knight Excalibur Award. Jesse and Rusty were recognized for their grassroots advocacy efforts, which led to the passage of West Virginia’s medicinal cannabis law during this year’s legislative session. Tom Knight was a reporter for the Charleston Gazette, a legislator, a labor lobbyist, and an advocate for environmental and social justice. 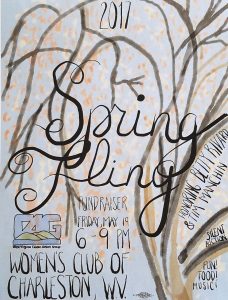