Our friends and neighbors in the Charleston have an opportunity to rally against AG Jeff Sessions, Rep. Alex Mooney, and Patrick Morrisey, and attend a one-time special screening of An Inconvenient Sequel. 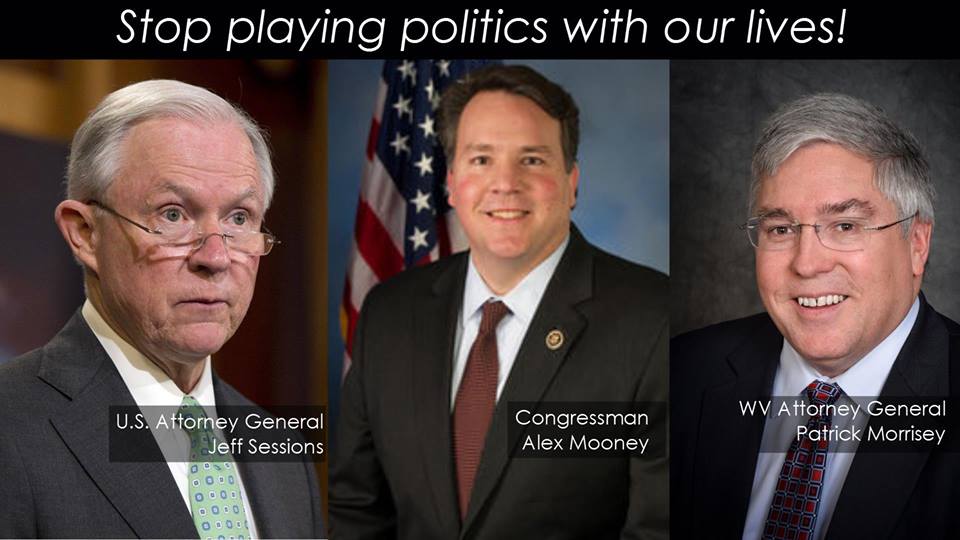 While they’re patting each other on the back inside, we’ll be outside to say “We Deserve Better!”

Congressman Mooney voted earlier this year for a healthcare bill that would have taken away health care from over 170,000 West Virginians. He has failed at his most basic job responsibility of listening to his constituents’ concerns – he has not held a single town hall meeting in his district this year.

US Attorney General Jeff Sessions supports policies that favor criminalization, rather than drug treatment, to solve our opioid crisis, and has undercut his own Civil Rights Division.

WV Attorney General Patrick Morrisey, instead of fighting for a better West Virginia, signed onto a lawsuit against DACA in order to get 800,000 youth from around the U.S. deported from the country they grew up in.

It is clear that their vision of “rebuilding lives” is very different from ours. Sessions, Mooney and Morrisey are not listening to or representing the needs of ordinary West Virginians.

Join us on September 21st to stand up for our values and tell them how to really build a better West Virginia.

When & Where: Thursday Sept. 21 from 9:00AM-9:45AM, at Haddad Riverfront Park (across the street from their conference, which is at the Four Points Sheraton on Kanawha Blvd)

An Inconvenient Sequel: Truth to Power Screening in Charleston

On September 19th, there will be a one-time public screening of “An Inconvenient Sequel: Truth to Power” at Park Place Cinema in Charleston, at 7 pm. Tickets are $5.50, and are available online or at the door.

The event will begin with the premiere of the musical arrangement by Matt Jackfert of Jean Ritchie’s “Now Is the Cool of the Day,” performed by the Montclaire String Quartet and sung by Betsy Bair. 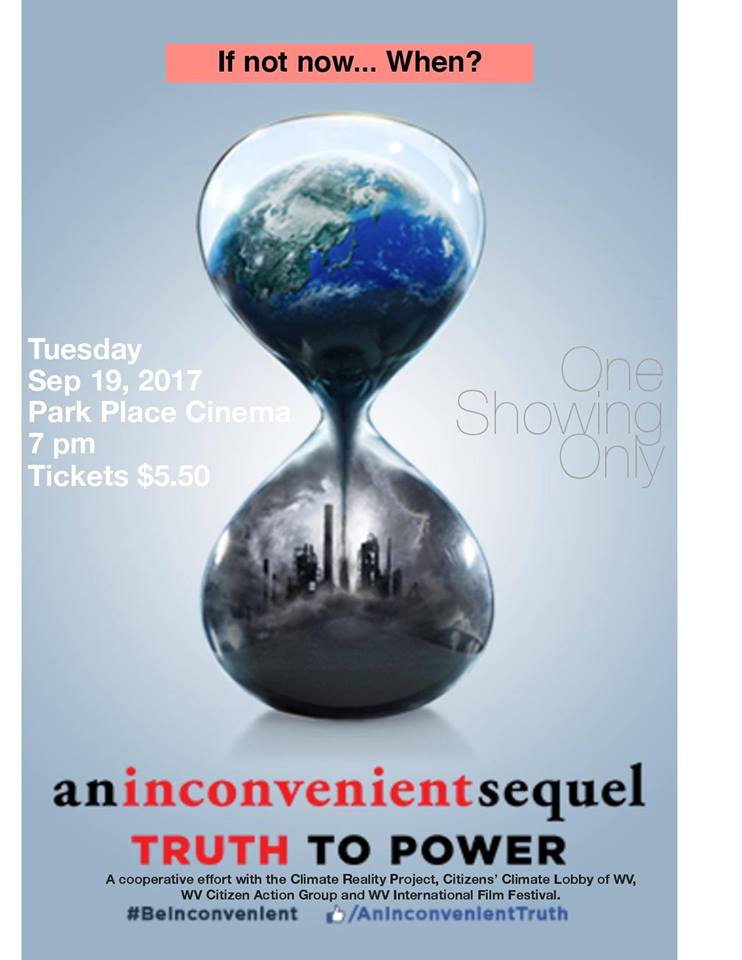 At the conclusion of the film, there will be brief comments by experts on the business initiatives that are re-making the way we use energy, the proposal for a nationwide severance tax on fossil fuels, and a contingent of young people who are demanding justice for the cost to future generations of the present heating of the atmosphere and the oceans.

When and Where: Park Place Cinema in Charleston, at 7 pm. Tickets are $5.50, and are available online or at the door. 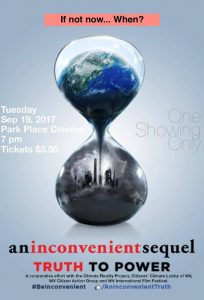