The pace ramps up again as the legislature faces down the “drop dead” date of February 26th – Crossover Day – after which all bills not passed out of their house of origin are considered done for this year. That being said, bills can still be amended into other bills that have made the journey across and other parliamentary tricks can be engaged when leadership wants a bill to stay alive. Many terrible bills will expire on Wednesday along with several good ones we’ve been working, watching, and rooting for.

SB 583 passed by the Senate, has already been taken up by the House Judiciary and sent to the House floor for passage. This is the one that allows the big Utilities to install and sell solar from former Mountaintop Mines or Brownfields. However, the PPA bill (SB611) was never taken up by the Economic Development committee and will not make it out of the Senate in time for Crossover. Power Purchase Agreements enable homeowners, small business, nonprofits and churches to contract with installers without any down payments. It makes solar affordable to anyone who owns a home or business location. There is still a way to get both of these bills across the finish line. Call your Delegates now and tell them that we need both utility solar and Power Purchase Agreements! Ask them to combine both bills – that we need them both! 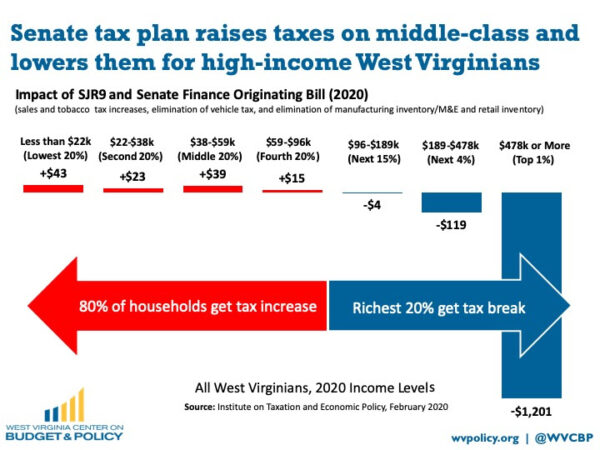 The Kanawha County Commission is the latest radical group to weigh in opposing this ridiculous and regressive plan to take from the poor and give to the rich. The problem is it has the support of Republican leadership (who is pushing hard to please their big out of state donors). Don’t be fooled by missives that it’s keeping business from locating in WV. We already have some of the lowest overall taxes in the nation for big business. And Republicans are falling all over themselves to push even more pro-carbon tax breaks this session.

Meanwhile, Democratic leaders are trying to split this political baby by supporting SJR9 – the resolution to give our legislature total control over and cut the counties’ property tax revenue, but voting against the bill to raise taxes (SB 837) on everyone to pay for it. This is a very bad policy and the politics will backfire on them as we’ll have to waste valuable resources in the general election to fend off the passage of this constitutional tax giveaway, resources that could be used to get more progressives elected!

Call all your Senators and Delegates and tell them not to play politics with our counties’ taxes and vote no on both SB 837 & SJR9!

Note: Since this was written SB 837 just passed the Senate (by one vote) and is on its way to the House. SJR9 is still waiting for a senate vote at this time.

After my piece last week mentioning labor’s position on the Anti-Demonstration bill that was passed out of the House, I was informed that several of the assumptions written into that piece were incorrect. The union workers in the gallery were there for a bill that affected plumbers that was also up on that day’s agenda – they were not pipeline workers as I implied. Even though the bill was amended to try to lessen the impact on labor, the labor-supported Delegates did vote against  HB4615. So this correction is included to set the record straight.

We don’t always agree with labor’s positions on every policy issue, but they’re a strong ally on policies we do agree upon. Keeping sight of the who at the legislature we are most always at odds with, i.e. their conservative leadership, puts minor differences with long-term allies in better perspective.

This anti-protest still has dangerous implications for our freedoms, especially to engage in nonviolent protests, including civil disobedience, when our conscience demands we take a stand. The fight on this industry/Chamber of Commerce overreach now goes to the Senate so let your Senators know that you oppose HB4615 and ask them to vote NO.

Some Good Bills Moving Too!

The Foster Care Bill of Rights, HB 2434, has passed out of the House 94 to 1 and is now in Senate Judiciary then Finance. It was thoroughly worked on by three House committees since the beginning of the session. Advocates for foster and kinship families have done a heavy lift getting this through in pretty good shape. It increases stipends for those taking care of foster kids, streamlines the process, and is a big step forward.  Let’s keep the momentum going on this bi-partisan effort to take better care of our children in such distress that they end up in care of the state.

A celebratory air proceeded another big win in the House as supporters from both parties made final remarks before voting 93 to 4 to pass HB 4543 which limits copays for any type of insulin to $25/month. Delegate Barbara Fleischauer and House Health Committee Chair Jordan Hill were lead sponsors, but it was Judiciary Chair John Shott that got up to explain the bill and then commented that, “there are not many times we do something here that will save lives, but this is surely one of them.” This is how our legislature is supposed to function when our lawmakers work across the aisle to fix something that is so broken that it’s actually killing people. However, the Senate has now assigned this bill to both Senate Banking & Insurance (Chairman Azinger) then Senate Finance. Calls are now needed to Chairman Azinger and B&I committee members to pass HB 4543 out!

Medicaid Dental Up For Vote in Senate

SB 648 made it out of the Senate Finance Committee on the very last day in order to hit their floor sessions in time for Crossover Day on Wednesday. Make sure your Senators know that you support providing adults with Medicaid insurance a full range of medically necessary dental health services. With the generous federal $ match and the savings from less dental E.R. visits, not to mention treating serious and expensive heart complications due to neglected dental health, this bill will not only make life better for Medicaid enrollees, but probably save the state money in the long run.

At our local Rise Up affiliate’s February meeting this week, Joseph Cohen from WV-ACLU outlined many of the bills that seek to reform and improve our criminal justice system that are making progress. He said they intersect with around 14 different aspects of the way we conduct our courts, sentencing, parole, bail bonding and reintegration of former offenders back into society. This will help WV catch up with reforms that have been enacted around the county or are currently being considered in other states.

More specifically, Lida Shepherd with the American Friends Service Committee also sent out the following update on several of the bills that are making significant progress but first she wanted to invite us to join formerly incarcerated people, their families, and coalition members at a Rally and Re-Entry Advocacy Day on March 2nd at the Capitol where we will stand together for criminal justice reform!

Keep Those Calls and Letters Coming!

You, concerned citizens, are one of the most powerful lobbies at the Capitol – when you use your power! Especially in election years, lawmakers pay attention when they get calls and personal notes from voters back home. Keep up the communications – it really does make a difference!

Also, keep those member renewals coming in too. And a big thanks to all of you that have already sent in your membership or tax deductible contribution. Your green energy keeps us going! 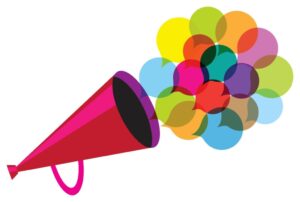