Friday marked the 12th anniversary of the U.S. Supreme Court’s disastrous decision in Citizens United v. FEC. In the case, the Court ruled that corporations and other outside groups could not be restricted from spending money on elections. This led to the creation and growth of super PACs and the rise of dark money spending, increasing the power of the wealthiest donors and special interests to influence our elections.

A year ago, we co-hosted a Conversation on Democracy with our friends at Women’s March WV South. As part of the discussion, I was asked to talk about the impact of the Citizens United decision on West Virginia politics, and what we could do to counteract these effects to strengthen our democracy.

As I noted at the time, while the proliferation of dark money is a problem in elections up and down the ballot, one of the things that gets less attention than it should is the negative effect all of this election spending is having on our judicial system. Thirty eight states, including West Virginia, conduct elections for their state Supreme Court, and in West Virginia and around the country, special interest groups spending big bucks on these elections, see our state Supreme Courts as an effective vehicle to further their own political, ideological or financial agendas. 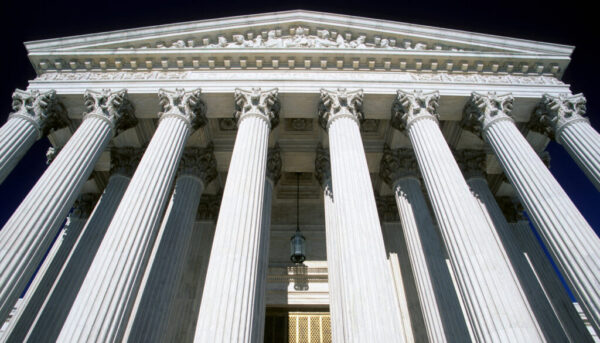 Photo credit Hisham Ibrahim/Getty and The Brennan Center for Justice

And because much of the spending is by shadowy organizations that don’t disclose their donors, litigants (and sometimes judges) are left without tools to identify conflicts of interest. This very issue was at the heart of another lesser known U.S. Supreme Court case. Caperton v. Massey.

Even if you aren’t familiar with the case, you might be familiar with some of the events that led up to it, because it all started with a coal baron named Don Blankenship, who at the time was CEO of Massey Energy.  In 2004, Blankenship spent more than $3 million to elect his preferred candidate, Brent Benjamin, to the WV Supreme Court of Appeals, while his company had a $50 million judgment against it pending on appeal to the Court.

Justice Benjamin went on to be the deciding vote, twice, to overturn the lower court verdict against Massey. This led to the plaintiff in the case, Hugh Caperton, to appeal to the U.S. Supreme Court, which ultimately ruled (in 2009) that Benjamin should have recused himself from the case because Blankenship’s support posed a risk of bias in the case.

Since that time, West Virginia Supreme Court elections have continued to attract millions in spending by groups seeking to influence the outcome. And, unfortunately, nearly 13 years later, neither the Legislature nor the state Supreme Court have tackled the erosion of the public’s confidence in the Court as neutral and unbiased arbiter, and the resulting perception that interested parties can sway the court system in their favor.

We are now at a critical juncture that presents both challenges and opportunities in regards to reforms that strengthen our democracy, and bring greater trust, accountability, and transparency to the judiciary. With West Virginia’s new Intermediate Court of Appeals set to open its doors later this year, the WV Supreme Court of Appeals, which is responsible for establishing rules for the ICA, has an opportunity to put in place strong anti-bias rules for the new court, as well as for itself.

For these rules to be effective at removing conflicts of interest from our courts, we must also strengthen disclosure of political spending to shine a light on the dark money being spent behind our backs to influence our elections. A year ago, we were hopeful that the For the People Act, a bold federal democracy reform package to clean up our political system, and expand and protect voting rights, would become law, opening the door for passing similar reforms at the state level.

Sadly, this past week, we watched as the Freedom to Vote: John Lewis Act, a compromise bill that contains similar provisions to protect our freedom to vote and counter the influence of big money in our elections was blocked because Senator Joe Manchin refused to support his Democratic colleagues in changing outdated Senate rules that have kept the new administration and Congress from delivering on voting rights, as well as making progress on other pressing issues facing our country. (This was the fifth time in the past year that Republicans have used the filibuster to block legislation that would counter state laws restricting access to voting.)

It is shameful that the Senate was not able to move forward with this vital legislation. The threats to our democracy are real and growing. But the fight isn’t over.

As former Secretary of State Natalie Tennant said, “For more than a year, West Virginians have been all over the state and in DC advocating, marching and talking about the voting rights bills.” We have shown we are committed to getting these bills passed.  “We have WV students on a hunger strike in DC, people arrested in Charleston, and hundreds of advocates marching and rallying across the state” demanding voting rights for the people.

We must continue to demand passage of federal legislation to protect voting rights, reduce the influence of big money in politics, and ensure that all Americans can fully participate in our democracy, while fighting anti-voter laws and advocating for needed reforms at the state and local level, and helping to get the vote out in the upcoming elections. We all have a role to play and we must work together to hold our elected officials accountable, expand and protect voting rights, and create a democracy that is representative of all Americans’ voices and values.

[Photo credit Hisham Ibrahim/Getty and The Brennan Center for Justice] 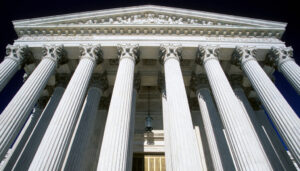 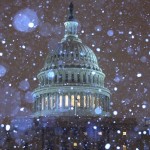 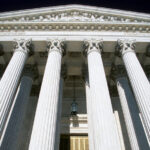