Hard to believe it’s 2022 now, seems like science fiction – especially with the Delta and Omicron villains roaming the streets. But not at the 2022 legislative ‘Super Spreader’ session which has begun minus any COVID protocols in place. It’s bizness as usual up there for now, so much so that today’s public hearing on the two anti-choice bills was a totally in-person event in the House Chambers. Just yesterday, the WV Environmental Council decided that it’s too contagious up there now and canceled their scheduled E-Day on the 20th in lieu of a virtual event next month.

The surprise special session called for last Monday and Tuesday appeared to be a coordinated effort by the Governor and legislative leadership to ram through six bills all designed to lay the groundwork for a big economic development announcement planned for the State of the State address on Wednesday evening. However, the Governor coming down with COVID kept him at his (unconstitutional) residence in Greenbrier Co. so his remarks were read to legislators by House of Delegates Clerk Steve Harrison. Glad to hear he’s feeling better.

The two-day special session, which ran concurrently with the final legislative interims, successfully passed out the Governor’s bills. A few of these were straight up development incentives for the landing of a major steel plant in Mason county. The rest were designed as a ‘shell game’ to move nearly a third of a billion dollars of federal CARES Act funds in and out of DHHR and the Department of Corrections into the state’s economic development fund. “If we’re not laundering it, we’re at the very least drycleaning it,” said Delegate John Doyle, D-Jefferson, as quoted in this Metro News article. These funds are said to be earmarked as ‘site preparation’ for the proposed steel plant. A deeper dive into this shell game was written up by Phil Kabler in his State House Beat.

Since we are technically in the middle of the 2021-2022 Legislature (a two-year cycle in between elections) many bills introduced last year have been ‘carried over’ into this session. As of Friday, the third day of the session, 982 bills had been introduced into the House and Senate! Thankfully, the majority of them will never make it onto a committee agenda – ones that do are the ones to keep track of on the Legislature’s web page. It’s a great resource for citizen activists to follow bills as they move.

Rumors that a radical regressive agenda was to be pushed out first thing this session as it’s an election year were correct. Bills allowing guns on campus, allowing discrimination cloaked in religion, and banning womens’ choice have all be introduced this first week. Elections have consequences and they’re coming at us fast right now. Be sure to support good local candidates in May and November this year. Voting is not enough. Volunteer if you can to send more like-minded lawmakers in Charleston!

It’s Getting Late, Do You Know Where Your Senators Are?

Old timers may remember this admonition that would come on before the 11 oclock news, “It’s 11 o’clock, do you know where your children are?” Well, time is running out for two major bills in Congress, the Freedom to Vote Act and the Build Back Better Act. Both bills are critical to moving us forward as a democratic nation. Please make time right now to send a message to ask where your Senators are on these vital pieces of legislation.

About 20 or so years ago, former CAG director, Norm Steenstra and I worked to pass a bill to make sure that no commercial nuclear power plants would be built in WV until such a time there was a safe and effective way to dispose of the lethal toxic waste produced. Flash forward to 2022 and legislative leadership has indicated they plan to repeal this ban. Meanwhile, climate change has made it a necessity to quickly transition to zero carbon means of power generation. What’s an environmentalist to do? One thing is to tune into this Feasibility of ‘Advanced’ Nuclear discussion tomorrow, January 18th. Both pros and cons will be discussed and questions will be taken from the audience. And one thing hasn’t changed all these years later: “Plutonium Is Forever!”

You Can Become a Citizen Lobbyist!

In order to make use of the Legislative web page and be an effective citizen advocate, we’re co-hosting two online evening training sessions this week in coordination with our partners and allies. Wednesday’s is multi-issue focused, while Thursday’s is focused specifically on health care, but both will be helpful to anyone who wants to learn how to navigate the legislative web page, watch live committee meetings and public hearings, and get tips on how to ‘educate’ your delegates and senators on the issues you care about and policies you support!

No Abortion Bans in West Virginia!

On the first day of the new legislative session, state lawmakers have made restricting people’s personal freedoms and taking away their health care their top priority. The House Judiciary Committee could take up at least two bills that would restrict access to safe, legal abortion and perpetuate abortion stigma any day: HB 4004 and HB4005.

Take Action Here to tell our elected officials to focus on the many issues impacting our state, including the ongoing COVID-19 pandemic, access to health care, and quality education, and not waste time limiting access to abortion.

Your Support Is Essential!

Speaking of support, please take a minute and renew your Citizen Action membership for 2022 or send in a tax deductible donation to our Citizen Action Education Fund. Even better, share this newsletter with a friend and ask them to get their own free subscription so they can join in the fun of keeping up with the action at the legislature and Congress. Thanks for your support! 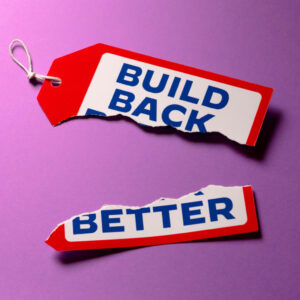 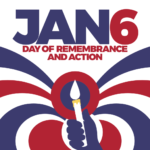