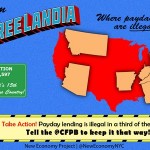 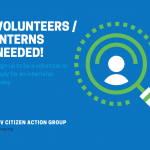 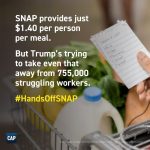 Action Alert   March 21, 2019
Time is running out!
Time is running out! Contact Governor Justice TODAY and urge him to veto HB 2010 and SB 622. It's easy to do with our online action forms. You can also call his office at 304.558.2000. Every email and phone call matters! More
Issues: Clean elections, Kids and families 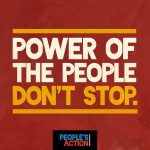 Action Alert Savanna Lyons March 20, 2019
Join WV CAG at the People’s Action Convention!
We're excited to invite YOU to be a part of the Second Annual People's Action Convention with us! The application to apply for a chance to attend with WV CAG staff, board members, and supporters is live now. Why should you apply? Click to read our top three reasons! More
Issues: Event 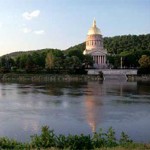 Action Alert   March 13, 2019
Veto of the Day: Ask Gov. Justice to veto HB 2010 & protect our foster care youth
HB 2010, if signed into law by Governor Justice, will make DHHR turn child welfare and foster care over to a managed care organization (MCO); meaning our government would experiment with the lives of our most vulnerable kids and families by making our state the only one in the country to give a combination of Medicaid and child welfare funds to an MCO. More
Issues: Healthcare, Kids and families 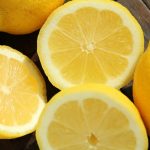 Action Alert   March 13, 2019
Veto of the Day: Tell Gov. Justice to Veto SB 543 & Keep Dangerous, Defective Vehicles off our Roads
When you buy a used car from a dealer, you expect it to be drivable. You also expect the dealer to disclose any problems with the vehicle because repairs could cost you thousands more. SB 543 changes that and allows the sale of "as is" cars. The law would also permit the sale of used, defective vehicles if the defects are "disclosed"--even though most consumers don't read the fine print--and the defects can be major ones that make the vehicle unsafe to drive. More
Issues: Transaportation

Action Alert   March 11, 2019
Veto of the Day: Tell Gov. Justice to veto SB 622 because WV needs election reform, not more $ in elections!
Send a direct message to Governor Jim Justice asking him to VETO SB 622. This bill raises the current contribution limit to a candidate almost THREE times - from $1,000 to $2,800 for individuals - the same as for Congress! WV needs election reform, not MORE BIG MONEY in elections. More
Issues: Clean elections

Action Alert Gary Zuckett March 6, 2019
Mid-Week Action Alert – Still Lots to Do!
With the 2019 legislative winding down, there's still lots to do! Here are several actions you can take. Please take a few minutes and make some calls, as the clock is ticking on these bills.  More
Issues: Civil Justice, Clean elections, Healthcare, Kids and families, Our children our future

Action Alert   March 1, 2019
Citizen Action Needed to Stop Guns on Campus, Protect Our Water & More
This end of the week update that is time sensitive. Several bad bills made it past Crossover Day and need to be stopped ASAP, while one bill expanding Medicaid coverage needs some help to pass. Both the House and Senate will be in session tomorrow (Saturday) so lawmakers will be at the Capitol at least through the morning. So please take a few minutes to make some calls before you get on with your weekend chores. Thanks! More
Issues: Clean elections, Healthcare, Our children our future, Pollution, Poverty, Water 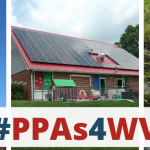 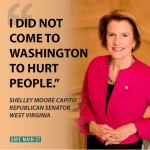 Action Alert   January 14, 2019
Tell Sen. Capito: Stop Playing Politics with Our Lives!
Thousands of West Virginia families are feeling the pain of the government shutdown: federal employees who aren't able to work, those who are working without pay, small business owners who rely on federal services, kids and families who rely on temporary assistance, and many more. Tell Senator Capito to stop playing politics with our lives, and stand down on the border wall issue so that the government can get back to serving the people. More
Issues: Budget priorities, Kids and families, Poverty, SNAP, Workers 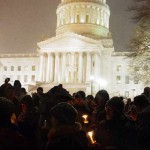 Action Alert   January 7, 2019
Join Us Tomorrow for an Evening of Reflection & Action on Water
On Tuesday, January 8, join WV CAG and partners on the eve of the fifth anniversary of the 2014 water crisis for an evening of reflection and action. The event will feature discussion on water justice, current water quality issues, and a candlelight vigil on the banks of the Kanawha River. The evening is free and light refreshments will be served. More
Issues: Pollution, Water

Action Alert   December 29, 2018
Help WV CAG Support Community Organizing
During the 2018 election cycle, local grassroots citizen groups knocked on over 22,000 doors before the election, learning from community members about important issues and educating voters on issues important to Citizen Action and our members. Your support is critical in order to build on this success in the upcoming legislative session and in preparation for the 2020 elections. We're excited about the groundswell of energy and grassroots activism in West Virginia right now, and we have a plan to harness that energy and support community organizing around the state. Are you with us?  If so, renew your membership and/or send a donation to WV Citizen Action today! More

Action Alert   October 30, 2018
Make a Plan to Vote & Vote Early
Early voting is underway now through Saturday, November 3. It’s important to make sure you’re ready to vote. This means making sure you have your ID, informing yourself about the issues and candidates, and last but not least, getting yourself to the polls. Use our election app to make a plan to vote and vote early. Can't vote early? Election Day is Tuesday, November 6. More
Issues: Budget priorities, Civil Justice, Clean elections, Healthcare 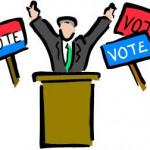 Action Alert   October 16, 2018
Be Registered & Be Ready: Voter Registration Deadline is Today
Today is the deadline to register to in the upcoming election. With many important races on the ballot this year, it’s important to make sure you’re registered to vote and ready to vote. Check your status and/or register today. Don't miss a chance to make your voice heard in November.   More 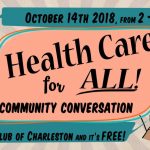 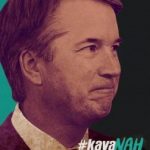 Action Alert   September 29, 2018
West Virginians Must Stop Kavanaugh & Protect Our Care
Now that the Senate has agreed to let the FBI investigate sexual abuse claims against Kavanaugh, there is still time to contact Sen. Manchin and tell him to ‘Just Vote No, JOE’ on the lifetime appointment to the US Supreme Court. Even if cleared by the FBI (and we believe the women) Kavanaugh is still dangerous to our health care. More
Issues: Discrimination, Healthcare, Inequality, Kids and families, Medicare
Previous  Next