I finally read The Huffington Post’s ”Welcome to Beautiful Parkersburg, West Virginia“ article when an international reporter called to interview me about it the other day. I originally skipped over it as I’ve followed the C8 news as the story was unfolding and even had friends who grew up there, one whose father worked at DuPont’s Washington Works (funny, he was dead before I met her). I needed to read it over before the interview, but I wasn’t prepared for the visceral reaction I felt afterward.

C8, made by DuPont’s Washington Works plant, is a component of Teflon, fabric flame retardants, candy wrappers, pizza boxes, cosmetics, and myriad of other modern products designed to give us “better living through chemistry”.

Like the tobacco and asbestos industries, DuPont knew for decades that C8 was contaminating the drinking water of whole communities along the Ohio River and what that kind of exposure meant in health effects. They’re response was to limit public knowledge and, thus, financial harm from such liability. DuPont even hired some of the same law firms and corporate “image makers” that had been successful in spreading doubt and attacking independent scientists for their tobacco and dioxin clients.

I’ve never met my current father-in-law. Before I got married, he died from the asbestos he inhaled at his job at Weirton Steel. I wonder how many like me there are in the Parkersburg area whose spouse’s parents worked at DuPont? They’re a major employer in the region.

If corporations really were people, DuPont would be in jail right now or at least penniless for all the shortened lives and human suffering it has caused.

When finally caught, WV DEP and US EPA gave DuPont big fines (for that time). In reality, they were probably an acceptable business expense when compared to the billions of income received from its C8 containing products.

It took some heavy lifting from both Ohio and West Virginia law firms to move this battle into the courts and get even a modicum of justice for the afflicted Ohio Valley citizens.

I guess this is one of the many reasons that the corporate lobby keeps pounding away at “frivolous lawsuits” and declaring the state a “judicial hell hole”, because cases like this can still be successfully litigated for the people in West Virginia. This won’t be the case for long if the new Republican-controlled legislature gets to finish its “tort reform” of our state’s legal system. Like organized labor, trial lawyers had a bad legislative session this year and are not looking forward to the next one. Where do your state senators and delegates stand on the fight to keep the courthouse doors open to citizens? You might want to ask them.

Medical monitoring has been set up for the exposed population on both sides of the river. This is better than the results for victims of the Freedom Industries spill – all I got was a “MCHM Test Subject” t-shirt. However, it seems the outfit that got the monitoring contract is spending the lion’s share of the money on itself. Just like DuPont wanted.

I guess I’m really angry to read in depth about yet another intentional industrial poisoning of a community by a company that ended up settling with regulators for what amounts to pennies on the dollars of their profits.

The Huffington Post should be commended for putting the time and effort into getting this story out and I’m proud of the West Virginia based firm cited in the article that’s participating in the fight for justice for victims of DuPont and its C8 treachery. Personal injury trials are finally on the docket for those whose health has been compromised or lost.

According to a WV Public Broadcasting report, Centers for Disease Control and Prevention has documented that 99.7 percent of Americans have the chemical C8 in their bloodstream. Do you have Teflon or other “non-stick” cookware in your kitchen?

The Huffington Post article ended saying that DuPont has “phased out” C8 and is now in production of C7, C6, etc. to replace it. Trouble is these additional chemicals are untested and most likely “grandfathered” along with the 80,000 other chemicals in the marketplace when the Toxic Substances Contorl Act (TSCA) was passed. Will we ever learn that there will never be “better living through chemistry” unless corporations develop a conscience? 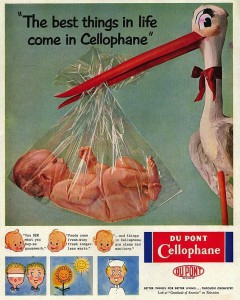