This week we continue our round up of what is happening under the dome (and elsewhere) related to these critical issue areas and actions you can take.

Courts/Access to Justice – Big changes are coming to West Virginia’s judicial system. With West Virginia’s new Intermediate Court of Appeals scheduled to begin hearing cases July 1, serious questions remain about the rules that will govern whether judges on the new court should remove themselves from a case because of the potential bias. As attorney Dave McMahon said in an op-ed published in the State Journal last week, “These anti-bias, “recusal” rules are the backbone of any judicial ethics code. Without them, it’s impossible to guarantee a fair day in court for every West Virginian.”

The WV Supreme Court of Appeals, which is responsible for establishing rules for the ICA, has an opportunity to bring greater trust, transparency and accountability to the judiciary by putting in place strong anti-bias rules for the new court, as well as for itself. A new report out from the Brennan Center for Justice  highlights how special interest spending in state Supreme Court elections threatens public trust in the impartiality of state courts, and how strong recusal rules can help counter the corrosive effects of this spending. You can read the report here. (Back to Issues List)

Health Care – Building on past successes capping insulin copays and adding adult dental coverage to Medicaid, the WV Health Care for All coalition has a new agenda that they are working to pass to ensure that all West Virginians have access to quality, comprehensive affordable health care. Good news! The House of Delegates has passed a bill that would lower the cost of insulin and live saving equipment for diabetics. HB 4252 now goes to the Senate.

Meanwhile, another of the coalition’s priorities, a bill that would allow West Virginians to pay a small sliding-scale premium to keep Medicaid, or similar coverage, and not fall off the “Medicaid cliff” because their incomes slightly exceed Medicaid eligibility levels, is pending in the House Health and Human Resources Committee. West Virginians for Affordable Health Care Policy Director, Kat Stoll, put a face on the problem and made the case for why working West Virginians need a Medicaid buy-in. You can take action here to let your legislators know you support making this affordable health care option available to WV workers and families. (Back to Issues List)

Racial Justice and Non-Discrimination – While bills to prohibit hair discrimination and to protect members of the LQBTQ community from dicrimination in employment and housing stalled in previous sessions, have been making significant headway at the local level. Now that progress is threatened by two House bills that would establish a means to recall municipal and county ordinances. Both bills are pending in the House Judiciary Committee.

Call House Judiciary Chair Moore Capito at (304) 340-3252 and tell him to keep these bills off the agenda. You can also use this link to send an email.

Meanwhile, the list of bills attacking often discriminated against and marginalized communities continues to grow. This includes the latest version of the Religious Freedom Restoration Act, as well as a bill that would prohibit the teaching of various “concepts” related to race, gender, and gender identity, punish educators for the discussion of such topics, and provide a private cause of action for “aggrieved” individuals. The latter is deceptively called the “Anti-Racism Act of 2022” (SB 498). 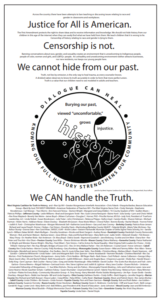 (WVCTH) to fight SB 498 and other bills supported by extremists who want to suppress the truth about actions and policies that have injured and continue to harm oppressed people including African Americans, Indigenous Americans, Asian Americans, and the LGBTQ community. As part of its campaign, the coalition is working to place a full-page ad in the Charleston Gazette-Mail targeted to legislators regarding the impact of censorship and suppression of accurate history. You can add your name to the ad by emailing wvtruthinhistory@gmail.com. More actions to follow. Funding is also critical to place the ad and create printed material. Please consider a contribution in the form of a check made out to WVCTH. Mail to:

Retired teacher and WV CAG member, Paul Epstein had an excellent op-ed in the Charleston Gazette-Mail on why the legislature shouldn’t meddle in the teaching of history. We can’t let them have the final say in what kids learn.  More actions to follow.

Also Delegate Danielle Walker, the only Black woman serving in the WV Legislature, lays out why we need to support policies that are inclusive of and that center communities of color and other minorities. She also provides a list of bills to follow that impact these communities.

SAVE THE DATE: Advocates for the CROWN Act will host a Bring Your Crown CROWN Act Rally on February 11th at the State Capitol. There will be music, food trucks and giveaways. Come out and show your support. (Back to Issues List)

Reproductive Justice/Bodily Autonomy – In June, the US Supreme Court is expected to issue its ruling in a case that directly challenges Roe v. Wade, the precedent setting case that has protected reproductive freedom for millions of Americans for nearly 50 years. If the Court overturns Roe, half the states in the U.S. are poised to ban abortion entirely including West Virginia.

But West Virginia legislators aren’t waiting for the Supreme Court to rule. On the second day of the session members of the House of Delegates started moving a bill that would ban abortions at 15 weeks, just like a Mississippi law under review by the Court. The bill (HB 4004), would prohibit abortions after 15 weeks of gestation, well below viability and the line set forth by Roe v. Wade. HB 4004 and HB 4005, which imposes invasive, cruel, unnecessary requirements regarding disposal of fetal tissue, have both passed through the House Health Committee and are pending in the House Judiciary. You can take action here. (Back to Issues List)

Tax and Budget – The WV Center on Budget and Policy is the resource on all things tax and budget. Their latest Budget Beat focuses on the Governor’s budget, the various tax cuts proposed by the Legislature, and what’s at stake for West Virginia families if the enhanced Child Tax Credit is not extended. 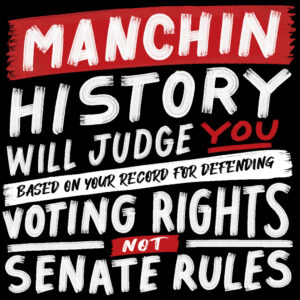 Voting Rights & Democracy – The ongoing threats to our freedom to vote make it critical that Congress set national standards to ensure that all Americans have equal access to the ballot ahead of the 2022 elections. Passing the Freedom to Vote Act and the John Lewis Voting Rights Advancement Act are our best opportunity to respond to these threats to our democracy, further voter protections, strengthen election integrity, reign in dark money, and end partisan and racial gerrymandering. Shamefully, with the help of Senator Joe Manchin, Republicans in the U.S. Senate have once again blocked legislation to protect the right to vote.

History will judge senators on voting rights, not Senate rules. WV CAG member John Doyle (not to be confused with Delegate John Doyle) had this excellent analysis on Senator Manchin’s legacy. Senator Manchin has a choice to come down on the side of the American people or the side of the anti-voter laws silencing the voices of Americans across the country. Our democracy is in crisis and the threats to free and fair elections call for us to strengthen our resolve and intensify our strategy and tactics.

While the fight to pass federal voting rights legislation continues, we must also look for opportunities during this legislative session to expand ballot access at the state level and be prepared to oppose any attempts to restrict access to voting. More to follow. (Back to Issues List)

Water Quality Standards – As we go to the press, the Senate will be voting on the DEP rules bundle (SB 279) which includes the rule making revisions to the state’s water quality standards. As proposed, the rule would allow more toxins in our drinking water sources, but also creates a loophole for polluters to discharge even more toxins in our water with less public involvement. However, the Senate Judiciary Committee did adopt one amendment to partially close the loophole, limit the reach of the rule, and keep the public’s voice in the process. Read more here and here.  (Back to Issues List) 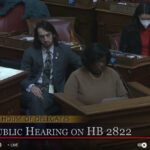 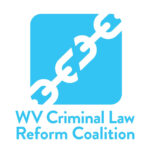 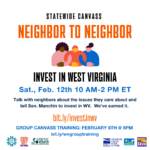 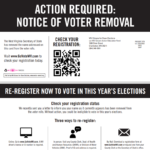