Kids shouldn’t have to go hungry – that’s a no-brainer, right? We thought so too, until we saw the House Education and Workforce Committee’s draft of the bill to reauthorize the children’s nutrition programs.

Anti-hunger programs for kids are typically renewed every five years by Congress, and include many of the programs you probably know – like school breakfast and lunch programs and WIC – and some that you might not know, like programs providing meals to kids outside of school hours.

The committee’s draft does little to improve anti-hunger programs for kids. In fact, their version fails to include some of the improvements that were included in the Senate Agriculture Committee’s draft, like expanding the WIC program to include children up to the age of 6 who have not yet enrolled in kindergarten and expanding a pilot program that provides families with EBT cards to help ease the cost of feeding children during the summer months.

You can help! Email your Representative and ask him to urge committee members to support improvements to anti-hunger programs.

Not only did the committee fail to improve anti-hunger programs for kids, their version also rolls back the progress made in ensuring that children don’t go hungry. Their bill would weaken something called the “Community Eligibility Provision” which increases school lunch and breakfast access in high-poverty schools. 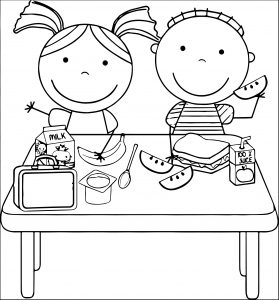