CHARLESTON—WV Citizen Action Group hosted a media teleconference to announce support for the “21st Century New Deal”—a massive infrastructure proposal developed by the Congressional Progressive Caucus to create millions of jobs rebuilding our crumbling roadways, bridges, and schools. Executive Director of WV CAG, Gary Zuckett discussed the proposal and how it would impact WV and our unique infrastructure needs.

The CPC principles (outlined in H.Con.Res.63, attached to this Press Release and at http://bit.ly/2rjWQKM) would create millions of new jobs by rebuilding crumbling highways, bridges, and schools. It would also invest in 21st century clean-energy jobs like solar and wind power, repairing veterans hospitals, and rebuilding water systems so our families can drink clean water, a concern we are all too familiar with here in WV. It would be paid for by making Wall Street, giant corporations, and billionaires pay their fair share.

In contrast, President Trump’s plan fails to create jobs by rebuilding our critical infrastructure. Instead, he would sell off America’s roads and bridges to Wall Street billionaires, political cronies, and even foreign governments — allowing them to double tolls, create new fees, and put billions of our dollars in their pockets. His plan also ignores investments in 21st century projects like clean-energy jobs, expanding broadband Internet, and high-speed rail.

“Citizen Action supports public investment that creates millions of new jobs by rebuilding our crumbling highways, bridges, and schools right here in our West Virginia communities. TrumpBuild is full of empty promises just like TrumpCare. Our members will not support his massive giveaway to Wall Street that sells off our roads and bridges to political cronies — allowing them to impose expensive new tolls on working families.” Said Gary Zuckett, Executive Director for WV CAG.

Not only do these issues affect our members, but our Director has experience with ongoing hazardous road conditions when regularly traveling around the state. Attached to this press release you will find two photos of a road slip on Route 61, near Kincaid, WV which has been in the state depicted since sometime last year.

”Our crumbling roads cost WV taxpayers hundreds of thousands every year in vehicle repairs. Just last week I spend $750 in repairs to my car’s front end due to the potholes in WV roads,” commented Zuckett.

Support for the CPC proposal is broad and deep. U.S. Rep Keith Ellison (MN), whose home state of Michigan is home to the ongoing Flint water crisis, understands what is at stake: “Rebuilding our nation’s infrastructure is about so much more than construction projects. It’s about replacing the pipes in Flint that poisoned an entire community, making our roads and bridges safer, and rebuilding crumbling schools.”

“America’s infrastructure is desperately in need of repair–this year, the American Society of Civil Engineers estimated $4.6 trillion in infrastructure needs, of which more than $2 trillion did not have estimated funding.” Said Rep. Ted Lieu of California. “The American people deserve to have a serious conversation about how to address these needs,” concluded Senator Lieu.

West Virginia did particularly poorly on its report card from the ASCE, which gave our state a D+ on infrastructure. The ASCE Report sounds the alarm bell: (https://www.infrastructurereportcard.org/state-item/west-virginia/)

For example, driving on roads in need of repair in West Virginia costs each driver $515 per year, and 17.3% of bridges are rated structurally deficient. Drinking water needs in West Virginia are an estimated $1.16 billion, and wastewater needs total $3.26 billion. 285 dams are considered to be high-hazard potential. The state’s schools have an estimated capital expenditure gap of $265 million.

Valerie Woody, Outreach Coordinator for WV CAG, says we have to do infrastructure the right way the first time. “The Trump infrastructure bill is an attack on our lives, our communities, our future and our planet. A plan based on a massive increase in tolls and toll roads, selling off our airports and public utilities, and paying workers poverty wages is a total non-starter. We can either let him do this to us or we can stand up and fight back for our lives, our people and our environment.”

She says this isn’t just about opposition, but something more. “By articulating our own positive vision and pointing to ways we can realize it we are attempting to constructively add to the dialogue and bring solutions to the table. We can’t allow ourselves to be the party of ‘No.’ We are progressives with a bold vision that puts people and planet first.” 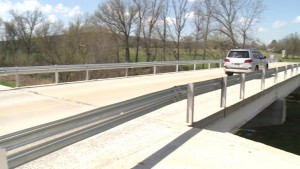