HB 4001 is a punitive attempt to reduce the number of SNAP (food stamp) recipients couched in language that ‘folks who can, should work for their benefits.’ While this is a popular concept, it is seriously flawed since in West Virginia work is spotty, there’s no public transportation outside large cities, and most folks would prefer to be earning a decent living rather than trying to feed themselves with the $1 or $2 per meal that SNAP provides. If HB 4001 passes it will end up taking hundreds of millions of dollars of federal money out of our state’s economy – dollars spent in every large & small grocery store around the state. This bill is the epitome of ‘penny wise, pound foolish’ since it will cost us millions in state tax dollars to enact. The bill has already passed the House and is single referenced to Senate Health and Human Resources Committee. Contact your Senators and tell them to just say no to increasing hunger in West Virginia!

Is it irony or what that this Monday was (previously) proclaimed by Governor Justice and the Legislature as ‘Families Leading Change Day’? Sounds like a ‘be careful what you ask for’ situation. On the third day of the teachers’ and school personnel’s walkout, many county school systems are still backing them up with official school closing proclamations. Meanwhile, there is a growing chorus asking the question, where is our Governor? He’s been conspicuously MIA during this whole state-wide crisis and when he does appear or open his mouth, it’s only to fan the flames by calling teachers names like ‘Dumb Bunnies’ which led to lots of fuzzy rabbit ears on the heads of countless teachers at the state Capitol. Time is running out Governor Justice! Be a real leader and get the Legislature to step up and do right by our teachers! Call the governor’s office and ask if he’s in the building covering this crisis? 304-558-2000 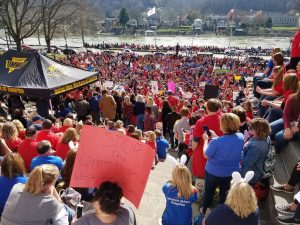 SB 600 blatantly demonstrates the power of the utility lobby in our state. The bill suddenly appeared out of nowhere last Monday and by Friday it hit the Senate floor, sailing through two busy committees in the process. This bill would allow electric utilities to cut sweetheart deals with large industrial users selling them power at steeply discounted rates. However, in West Virginia’s regulated market, the Public Service Commission must guarantee utilities a certain profit on their operations. So, like a balloon being squeezed on one side and then bulging out at another, all the rest of us ratepayers (including small businesses) get to make it up in higher electric rates! This is bald-faced corporate welfare with an economic development mask. Call your Senators and tell them you don’t want your electric rates going up to pay for corporate cuts!

There is already a section of West Virginia law that exempts wells that only produce a small of oil or gas from the usual severance tax. HB 4563 would increase production thresholds that qualify wells for this exemption by 100% for gas wells and 500% for oil wells, and add another 17,000 wells to the list of tax exempt wells. The argument is it will help keep the small independent producers in business and their workers with a paycheck, and help meet demand for gas in rural areas where many of these wells feed directly into distribution lines that provide gas to homes and businesses. However, the attached fiscal note for HB 4563 says, among other things, “Passage of this bill would result in severance tax losses of approximately $6.5 million per year beginning in FY2019.” How much corporate welfare is enough?

Election years produce many bills designed as bragging rights for a candidate’s voter base. This has got to be one for the record. The purpose of HB 4584 & SB 460 is “to prohibit retailers from selling or leasing products that make content accessible on the Internet, unless the product contains an active and operating digital blocking capability that renders obscene material inaccessible.” In normal language this means forcing all internet providers to block all ‘obscene material’ from getting to your computer screen. Thankfully, both of these moral minority bills seem to have no traction whatsoever and will hopefully die on Crossover Day.

Last week, the Medical Cannabis Advisory Board met and sent a list of requested changes to the Legislature to help them better enact the WV Medical Cannabis Act. HB 4345 is now scheduled to be voted on in the House on Wednesday and sent to the Senate. The bill passed by the House Judiciary Committee doesn’t include the Board’s request to allow the flower and leaf to be used but does increase the number of sanctioned growers and allows growers to also become processors. Senate Judiciary was set to orginate a bill on Sunday evening to include more of the Board’s recommendations, but we hear they’re now waiting for the HB 4345 to pass. Call your Senators and Delegate(s) and ask them to enact the Cannabis Board’s full recommendations. Stay tuned…

That much anticipated and feared demarcation, Crossover Day, occurs on the 50th day of the legislative session, which is Wednesday, Feburary 28th. All bills not passed out of their house of origin by the end of this day are considered dead and no further consideration of it is required by either body. That being said, nothing that leadership wants is really dead until the end of the session. Whole bills can be amended into others which are still breathing and other more technical maneuvers can occur. Many of the bills we’re hoping to pass will perish on Wednesday, as well as literally hundreds that we’ll be relieved to see expire.

It’s a challenge to eat healthy when chasing bills around the Capitol. The Capitol cafeteria isn’t bad but closes at 2pm and as the floor sessions double up and committees meet into the evening, we find ourselves eating more fast food that we’d like.

We also survive on the other kind of greens, the tens, twenties, and fifties that you, our supporters, send online (or to 1500 Dixie Street, Charleston WV 25311) is the economic nutrition that keeps the lights on at Citizen Action and gives us the power to fight the conservative tide at the Capitol.

Thanks to all of you who have sent in a member renewal, have become a new contributing member, or sent in a tax deductible donation to our Education Fund!

Strike Week at the Legislature

Where Are They Now?

Tell Your Delegate: A Tiny Minority Doesn’t Get to Decide My Rights 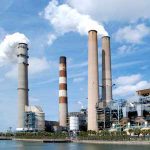 SB 600: Handouts to Industry at the Expense of the Rest of Us 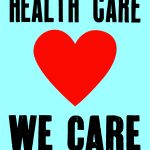