Ten days into the 2023 legislative, more than 50 bills related to elections have been introduced. Only a handful expand access to the voting, including bills providing for universal absentee voting, permitting election day registration of voters, and restoring voting rights to formerly incarcerated individuals (even if still on parole or probation). Although we would obviously like to see more bills that remove barriers to voting and voter registration, on the bright side these bills outnumber those that would make it harder for voters to cast a ballot. This could mean we are bucking the trend in states with Republican controlled legislatures, but of course there’s plenty of time for things to go awry.

Most of the election bills introduced  fall under the general category of election processes and administration. These include a number of bills dealing with nominating procedures and filling vacancies, like requiring party affiliation for some non-partisan elected offices (in particular judicial offices and county boards of education), providing for non-partisan election of others (county sheriffs, prosecutors, assessors, county clerks, and circuit clerks), and making various changes to when elections would be held, such as moving the primary election to August and requiring special and municipal elections to be held at the same time as other elections. Some of the bills are more mundane, and pertain to things like administrative deadlines, methods for transmitting certain information from county election officials to the Secretary of State, and the allocation of federal funds designated for election administration.

So far, two bills appear to have traction. On Wednesday, the House Committee on Political Subdivisions advanced HB 2244. This bill would give a minority of city residents the ability to put local ordinances on the ballot for repeals, including the 18 non-discrimination ordinances that have been adopted by municipalities in the state in the absence of statewide protections for members of West Virginia’s LGBTQ+ community. The bill is now before the House Judiciary Committee.

Calls and emails to Chair Moore Capito are needed to keep HB 2244 off the House Judiciary committee’s agenda.

In the Senate, the Judiciary Committee has established an Elections and Public Integrity subcommittee. The subcommittee met on Thursday and currently has under consideration SB 50, Requiring one-year residency within district or county to fill vacancy in the Legislature. The purpose of the bill is to make the requirements for filling a vacancy consistent with the constitutional requirement that “No person shall be a senator or delegate who has not for one year preceding his election, been a resident within the district or county from which he is elected.” However, the bill does little to strengthen vetting of candidate eligibility by the Secretary of State’s Office, or address inevitable legal challenges, which in the 2022 election resulted in a State Senate candidate being removed from the ballot just days before the primary election. The subcommittee is likely to delve into these issues more before it makes recommendations to the full Judiciary Committee.

Related to candidate eligibility, the Secretary of State’s office issued a response to commentary & analysis released last week by Citizens for Responsibility and Ethics in Washington (CREW) making the case that Derrick Evans is disqualified from holding public office under the 14th Amendment. More on this to come.

Finally, while on the subject of elections, we would be remiss if we didn’t acknowledge that Saturday, Jan. 21 marked the 13th anniversary of the US Supreme Court’s devastating decision in Citizens United vs FEC. In the case, the Court ruled that corporations and other outside groups could not be restricted from spending money on elections. This led to the creation and growth of super PACs and the rise of dark money spending, increasing the power of the wealthiest donors and special interests to influence our elections. The anniversary comes, as a historic corruption trial gets underway in Ohio that could test the limits of the case. The trial, in which the former Speaker of the House and Chair of the state Republican party are accused of funneling millions of dollars from FirstEnergy Corp. through groups they controlled in order to secure a state bailout to keep the companies’ two Ohio nuclear plants, has prompted investigations of the scandal’s potential impact on ratepayers in Ohio, Maryland, New Jersey and Pennsylvania — but not West Virginia, as the Charleston Gazette Mail’s Mike Tony reports.

As our friends at Public Citizen note, there are things we can do to rein in some of the abuses and corruption caused by Citizens United, but it will take political will and the power of the people demanding change. It will also require reforming and restoring balance to a court that has been captured by the right (with the help of the dark money Citizens United unleashed) with the goal of reversing important legal precedents that millions of Americans rely upon to protect their rights and freedoms. A key component of this agenda was to overturn the Supreme Court’s decision in Roe v. Wade, which was decided 50 years ago on Sunday. It’s no surprise that West Virginia rushed to ban abortion after the decision was overturned, but as Mountain State Spotlight reports, support for families hasn’t been as urgent — and now, the state is considering proposals to funnel state dollars into crisis pregnancy centers. Take action against these sham clinics here and tell legislators it’s wrong to waste state money when there are maternity and health care deserts throughout our state and when legitimate family planning clinics do not have adequate funding to meet the needs of our communities. 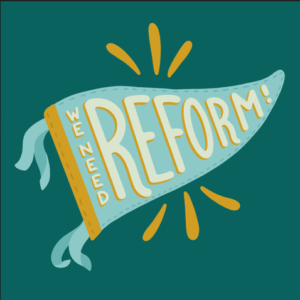 Battle of the Tax Cuts

Health Care Bills to Keep an Eye On

Much Ado About Elections, and More