From Protest to Power:

Heading to Washington D.C. for People’s Action “Rise Up” Convention

CHARLESTON – More than a thousand activists from throughout the country, including seven from West Virginia Citizen Action Group are participating at “Rise Up,” the People’s Action founding convention in Washington D.C. April 23-25.

“I’m excited to connect with like-minded organizers from all across the country and bring back tools to electorialize the resistance. More people are getting involved and I can’t wait to get them engaged on a deeper level.,” said Alexandra Gallo, Development Director.

WV Citizen Action Group joined other communities and organizations nationwide to defend our values, fight for clean water and clean elections at the legislature, and beat back the conservative effort to take health care away from families and hometowns. Hundreds of meetings and town hall gatherings were held here and around the country to make sure our representatives in Congress heard our concerns – and know that that we are watching how they vote.

The next step is to harness that energy and move from protest to power by finding grassroots leaders, training them and electing them to local, state, and, eventually, federal office.

“The resistance is alive and well, beating back attacks on health care and more. Now we are electorializing the resistance – taking the energy of marches and town hall takeovers to the ballot box,” said George Goehl, co-director of People’s Action, a national organization uniting a million people across 29 states from 50 organizations – including WV CAG.

“This is a historic conference that will unleash the power of people-centered politics, with racial and gender justice at the forefront, and the needs of West Virginia families and communities at the heart,” said Gary Zuckett, Executive Director of WV CAG.

Along with progressive grassroots leaders from throughout country, the conference will include:

“Together we fought for health care and won, then we fought to defend it against the disastrous Trump-Ryan repeal, and we won again,” said LeeAnn Hall, co-director of People’s Action.

“State by state, we’ve raised wages, reined in payday lenders, and fought for racial and gender justice. Now we know that was just the beginning of what we can accomplish.” 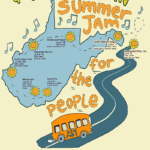