$600 billion in Tax Breaks to the Wealthy and Big Corporations

While Cutting Health Care for Everyone Else

Charleston, WV – WV Citizen Action Group today joined two national groups, Americans for Tax Fairness and Health Care for America Now (HCAN), to release a joint report entitled, Republican Health Care Repeal Plan: Tax Cuts for the Rich, Health Care Cuts for Everyone Else, details how the Republican plan to repeal the ACA would give billions in tax breaks to wealthy households, insurance companies and drug manufacturers, paid for by cutting the health care of low- and moderate-income families.

The ACA funded expansion of coverage and increased affordability of health care through taxes paid by the richest 2%, and the insurance, prescription drug and medical device companies who benefit from the law. The Republican plan to repeal the ACA rescinds these taxes, forcing cuts in health care and increasing costs for consumers.

Recent Congressional Budget Office (CBO) analysis revealed that up to 24 million people would lose coverage nationally as a result of repeal including 155,000 in West Virginia

Older people would pay even more because the repeal bill allows insurers to charge older enrollees five times more than younger consumers while lowering the tax credits they receive to purchase insurance in the ACA marketplace. For a 60 year old in West Virginia making $22,000 a year, net premiums will rise by $11,879.

At the same time that millions will lose coverage or face higher costs, the Republican repeal bill gives $600 billion in tax breaks to the richest households, insurance companies, and prescription drug companies. In West Virginia the top 1% of taxpayers will receive an average tax cut of $5,240.

These tax breaks are particularly egregious given that the eight largest insurance companies have increased profits by over one third over the last five years, from $19.1 billion to $25.3 billion.

Prescription drug companies have also increased the costs of medicine by double digits. An AARP analysis showed that 268 brand name drugs increased by over 15% in just one year, between 2014 and 2015, while the cost of the commonly used drugs among older Americans for chronic conditions more than tripled between 2006 and 2015.

Although President Trump and Speaker Ryan have so far failed to get enough support to pass the repeal bill in Congress, news reports indicate that negotiations continue and the GOP expects to move forward with legislation this spring. Changes already made to the bill include watering down the essential health benefits, ten categories of coverage that are currently required in insurance policies but which insurers could opt-out of covering under the repeal bill. These services include prenatal and maternity care as well as mental health benefits and preventive services.

“The Republican repeal bill gets worse and worse all the time,” said Zuckett, “Not only does it take away coverage and leave families unable to afford their health care, it waters down quality so that consumers pay more but actually get less coverage for fewer services. The worst part is that millions will lose health care so that the rich and big health care corporations can profit.”

President Trump has said that passing the Republican ACA repeal plan, including the $600 billion in tax breaks for the wealthy and corporations would be a helpful step in implementing his larger tax reform agenda later this year. 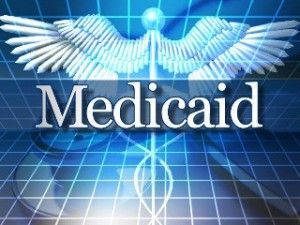