At a time when the 1% have demanded so much sacrifice from working people in the name of deficit reduction, we must ask something of big corporations. That means “revenue positive” corporate tax reform that raises significant amounts of new tax revenue.   We must start by ending all tax incentives for outsourcing jobs overseas, which would raise more than $583 billion in tax revenue over 10 years.

For many years, the AFL-CIO has called for Wall Street and multinational corporations to pay their fair share in taxes to help pay for the investments we need to make in jobs here at home. However we are concerned that several recent proposals for corporate tax reform do not raise nearly enough revenue because they squander huge sums of money on lowering tax rates for profitable Wall Street corporations.

Wall Street has not been asked to contribute a dime in the name of “shared sacrifice,” while working people have already sacrificed far too much.  The suggestion that tax reform should let Wall Street and big corporations get away with paying no more than they pay now is offensive.  The suggestion that such “revenue neutral” corporate tax reform should be coupled with cuts to Medicare, Medicaid, or Social Security benefits is an obscenity.

We are especially concerned that proposals to lower the corporate tax rate by a specific amount could lead to cutbacks on tax expenditures, such as the domestic production activities deduction, that encourage manufacturing in the United States.  Limiting such expenditures could discourage investment, production, and employment here in America even if the corporate tax rate is lowered.

Finally, we reiterate that the AFL-CIO opposes cuts to Medicare, Medicaid, or Social Security benefits, no matter what form they take and no matter who proposes them. 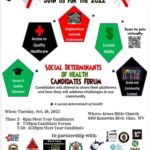 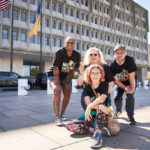