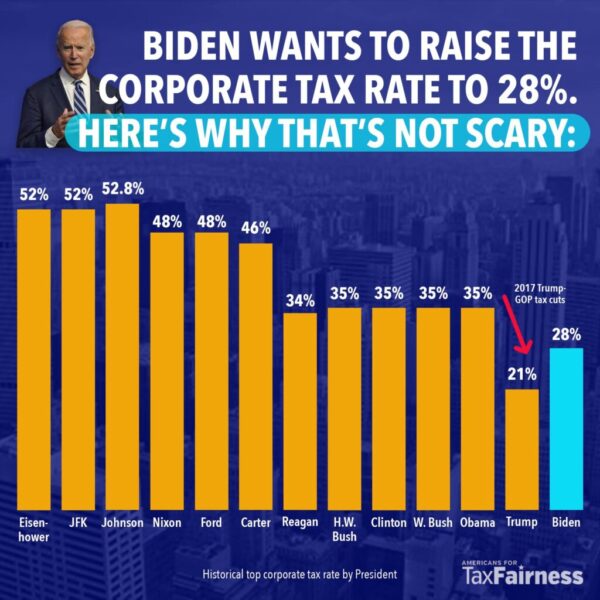 Last year, 55 of America’s biggest corporations paid no federal income taxes and the wealth of just 650 billionaires rose by 50%, while millions of working Americans suffered. The Biden jobs plan will build an economy that rewards work, not just wealth. It ensures the wealthy and big corporations pay their fair share of taxes, and it does not raise taxes on anyone making under $400,000 a year. And it supports investments in affordable healthcare, infrastructure, eldercare, childcare, clean energy, and education, to create millions of jobs and build an economy that works for all of us. 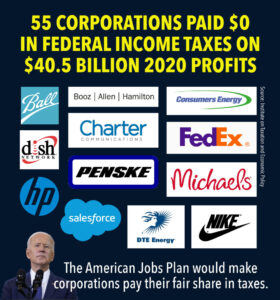