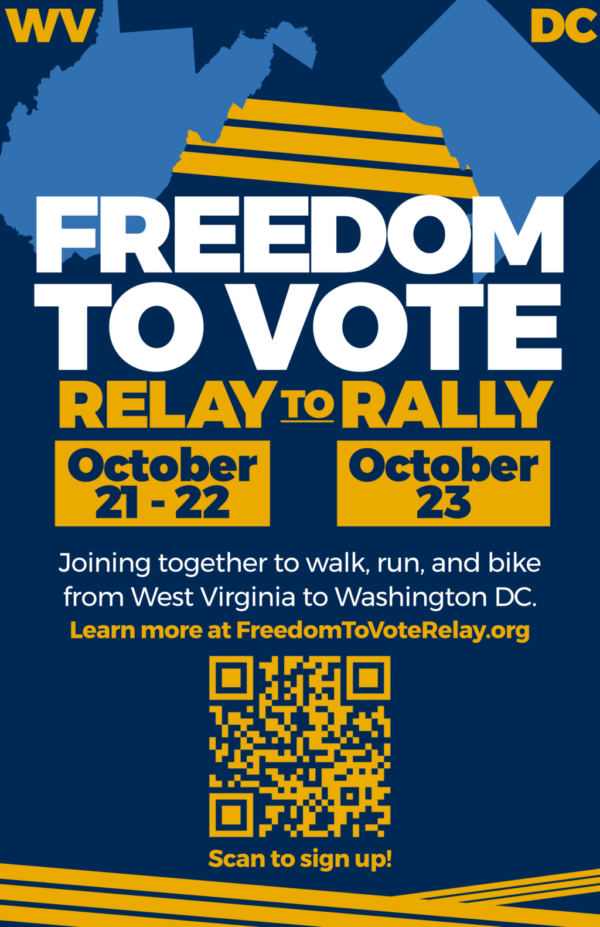 Extremist politicians nationwide are passing anti-voter legislation, making it harder for people — especially people of color — to vote. This, alongside highly-partisan congressional maps, is a blatant attempt to disenfranchise millions of American voters for the next decade.

This effort is supported by corporations and billionaires who spend unlimited amounts of money to buy elections and reach outcomes contrary to the will of the people.

But we can stop this by passing the Freedom to Vote Act, the John Lewis Voting Rights Advancement Act, and DC Statehood.

We need to pull out all the stops to get them across the finish line.

That’s why we’re mobilizing in a new and powerful way, joining together to walk, run and bike from West Virginia to Washington D.C. Thursday, October 21st, and to rally in DC when we arrive on Saturday, October 23rd.