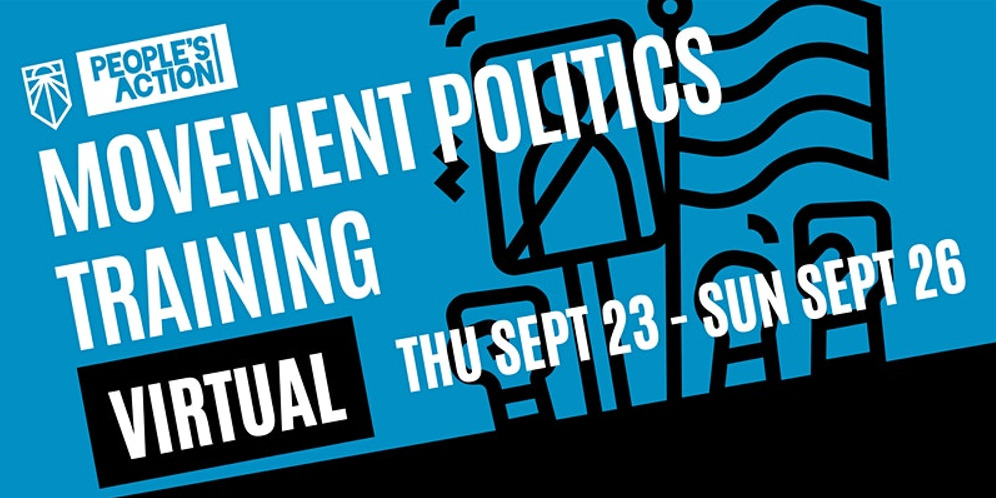 Movement Politics Candidates are organizers who build lasting power with grassroots organizations while in office. That’s why People’s Action is offering a four-day virtual Movement Politics Training for those who are interested in running for elected office or working on a campaign, as well as organizers who want to build more governing power to make progress on the issues they care about!

People’s Action along with Sunrise Movement is building a powerful candidate and campaign leadership program to recruit, run, and elect progressives into local and statewide offices across the country. The focus is on electing women, people of color, and low-income people who are grounded in progressive movement-building with our member organizations.

In addition to campaign basics such as crafting a campaign plan, we train candidates, campaign staff, organizers, and member leaders on our fundamental organizing methodology and theory of change.

Sessions include “Power,” “Self Interest,” “Building a Bigger We,” and “Movement Governing.”

The cost of this training is $150, and limited scholarships are available. We want participants to commit to all four days of the training. We will provide closed captioning, ASL and Spanish-language interpretation upon request.

Since 2016, our movement has elected 350+ candidates into the halls of power–a great start! We are excited to build on our victories and move towards even more governing power with you! 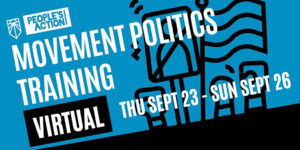