A week ago, the West Virginia Supreme Court of Appeals approved a PSC order that passed on to WV utility customers the $800 million dollar cost of the Harrison power plant. This cost included a markup of $257 million over the assessed value of the plant when acquired by First Energy in 2010 as part of its merger with Allegheny Energy.

Page one of the PSC order upheld by the WV Supreme Court claimed the net impact of the 2013 sale of the Harrison Plant (from one of First Energy’s Ohio holdings to its Mon Power WV subsidiary) would be a $16 million Decrease in consumer’s electric rates. One week after getting the Court’s approval, Mon Power now wants to increase its rates by $96 MILLION. This is a $112 Million spread from the Decrease promised in the PSC’S October 12, 2013 order.

“Will this company EVER stop piling on more and more costs to consumers? West Virginians have been promised low cost electric power, but MON Power only delivers rate hikes and higher electric bills,” said Gary Zuckett Executive Director of WV Citizen Action Group. “The PSC promised decreases to consumers and now, lo and behold, we are instead looking at a rate increase.

First Energy promised in their 2102 merger to not charge Mon Power customers an ‘Acquisition Premium’ for the Harrison Plant. Less than 2 years later they came back to the PSC with hat in hand and got a $256 million mark-up on it. Here they come back again this year for another $96 Million. Have they no shame?”

As a part of the settlement for purchasing the Harrison plant, Mon Power agreed to increase energy efficiency programs, but has not yet begun providing free home energy assessments for consumers, as Appalachian Power other utilities do.

“If First Energy put as much effort into improving energy efficiency as they put into finding new, creative ways to increase rates, they probably could have skipped buying the Harrison plant,” said Emmett Pepper, Director of Energy Efficient West Virginia. “Investing to improve energy efficiency is the cheapest way to meet energy demand and it creates more jobs per kwh than obsolete power plants do. The best thing that their customers can do now is reduce their own energy use while fighting back against these rate hikes.” 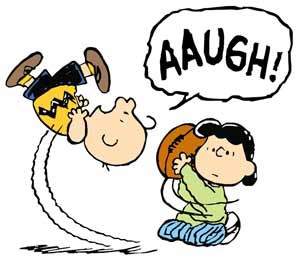