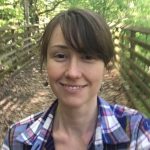 As Co-Executive Director of WVCAG with Gary, Savanna focuses on grassroots campaigns, base building, growing leaders, and supporting local grassroots groups. A Virginian by birth and a West Virginian by choice, Savanna has worked in rural advocacy, training, and community development since moving to WV in 2006. Previously Savanna launched and directed the West Virginia Food and Farm Coalition, a statewide organization advocating for food security and sustainable development in the food and farm sector, and defended SNAP and Medicaid as the Safety Net Campaign Director for Our Children Our Future. She also helped launch the Value Chain Cluster Initiative, a $1 million support fund for food entrepreneurs in low-income counties, and direct Refresh Appalachia, a college / workforce development program in the coalfields. She serves on steering committees for the West Virginia Working Families Party, Rise Up WV, and the WV Training for Trainers project, and is a former founding board member of Call to Action for Racial Equality. Savanna holds a dual M.S. in Economics and Sustainable Agriculture from Iowa State University and a B.A. in Environmental Science and Public Policy from Harvard University. 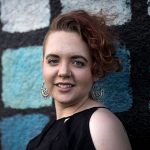 Ciera has extensive experience in field organizing and advocacy, including voter engagement, having worked for the Democratic Party of Virginia, West Virginia Citizen Action Group, WV FREE, and the West Virginia Democratic Party — and now within the small business, Kaleidoscope Consulting, that she co-founded and serves as a consulting partner at. She served as the board president of the West Virginia Environmental Council (WVEC), and currently serves on the West Virginia Working Families Party executive committee. Her skills in strategic social media have been utilized by a long list of political candidates, PACs, and nonprofits to increase meaningful engagement, especially with younger audiences.
​
As a seasoned trainer, she’s called upon by groups and universities across the state to lead trainings on topics such as citizen advocacy, progressive leadership, voter engagement, intersectionality, and even sex education. Ciera is proud to have been among the first graduates of the WV Trainers Project Fellowship- a project of Training for Change, a training and capacity building organization for activists and organizers.

At West Virginia University, Ciera grew her passion for political science, strategic social media, and women’s and gender studies. She is especially interested in economic, racial, and reproductive justice, as well as youth development and empowerment. She received the WV Environmental Council’s Youth Activism Award, as well as one of the first Young West Virginia: Power Building Conference’s Young WV Power Award.

She shares her home in Michigan with several rambunctious pets and one very tolerant human (John). She and her partner made history as the first (and, so far, only) couple to be married live, over the radio airwaves on WTSQ 88.1FM – The Status Quo.