You may have read or heard about the WV Senate passing a resolution inviting Frederick County, VA to become part of West Virginia. The resolution’s sponsor, Sen. Charles Trump, R-Morgan, said the idea is rooted in history that predates West Virginia entering the union.

So why wasn’t Frederick County included in the state of West Virginia when the new state was formed?

According to VirginiaPlaces.org, “Creation of the West Virginia/Virginia border required multiple elections in the middle of a Civil War, two “state” conventions filled with debate, a US Senate vote opposed by the West Virginia Senator who originally proposed creating the new state, a decision by President Lincoln to override objections by half of his cabinet, and a Supreme Court decision validating an irregular election. In the end, 50 counties would be incorporated into a new state, and 99 counties would be left behind in the remnant of Virginia.”

Basically, the proposed state line kept changing mostly depending on what areas the Union Army held but also on whether the person proposing the state line wanted West Virginia to be a state if the Union won the war or if the person thought the Confederacy would win.

“There were many twists and turns throughout the process that defined which counties, or portions of counties, would split off to form a new state. Debates over the boundaries of the new state were long and emotional, with many alternatives considered. …”

“… During the Civil War, many county elections to select the officials who drew the new Virginia-West Virginia boundary were irregular and decisions to accept credentials of delegates were judged based on different circumstances. Even today, despite multiple court decisions, legal scholars continue to debate the legitimacy of the process used to establish the new state and its boundaries.”

The short version is, Frederick County was slated to become part of West Virginia along with Berkeley and Jefferson counties, if a majority of voters in the three county district approved. However, the election was held during a major battle and there wasn’t any evidence that anyone actually voted.  The West Virginia constitutional authority (referred to as the Restored Government of Virginia) approved a proposal that included the three counties. However, Congress had to concur, and ultimately Frederick County was not included for political reasons. In other words, the state boundary was, in every practical sense, gerrymandered.

The invitation to join West Virginia was dismissed by Frederick County officials, who encouraged the Legislature to stop wasting their time and “get something else to do.” 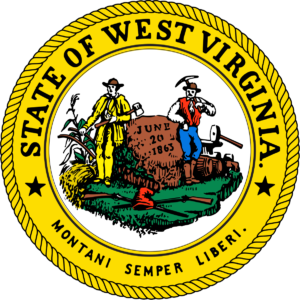