Tuesday marks ten years since the US Supreme Court issued its decision in Citizens United v. the FEC. In the case, the Court ruled that corporations and other outside groups could not be restricted from spending money on elections. This led to the creation and growth of super PACs and the rise of dark money spending, increasing the power of the wealthiest donors and special interests to influence our elections.

In spite of the decision, there are things we can do to make democracy healthy again but it will take political will and the power of the people demanding change. We can restore balance to a system skewed in favor of the wealthy and special interests by implementing reforms like those included in our Pro-Democracy, Anti-Corruption Platform, and give everyday people a stronger voice in our elections.

For example, strengthening our disclosure laws and putting an end to big money funneled through groups with secret donors can balance unlimited spending by giving voters more information on who is influencing our elections and legislative decisions.

Unfortunately, in 2019, the WV Legislature missed an opportunity to increase transparency of spending in West Virginia elections, and opted instead to pass a bill to increase contribution limits and allow even more big money into a system that already favors the wealthy and special interests. Opponents of transparency disingenuously argued that it would be unconstitutional to close loopholes that make it possible for groups that spend money on political advertising to hide the identity of their donors. This is wrong. The First Amendment protects free speech, but it was never intended to protect anonymous political speech and keep political actors from being held accountable for their actions. Disclosure of political contributions and spending is indisputably constitutional under US Supreme Court precedent.

In fact, it’s often overlooked that, in Citizens United, an 8-1 majority of the court held that “disclosure requirements may burden the ability to speak, but impose no ceiling on campaign related activities and do not prevent anyone from speaking.” Disclosure, the Court said, “enables the electorate to make informed decisions and give proper weight to different speakers and messages.”

On the bright side, recent elections have seen a surge in small donor participation, and many candidates now tout their small-donor fundraising and distance from corporate super PACs in recognition of voters’ disgust with politics dominated by big money. Although a recent analysis from the Brennan Center for Justice found an even bigger increase in donations from the wealthiest donors, reforms like public financing of elections, which matches small donations, can help empower small donors, reduce the influence of special interests, and encourage more people to participate in the political process.

So if you’re tired of politics as usual, don’t give up. Join us in the fight for a democracy that works for everyone and ask West Virginia legislators to support the Pro-Democracy, Anti-Corruption Platform. 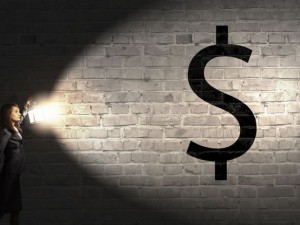