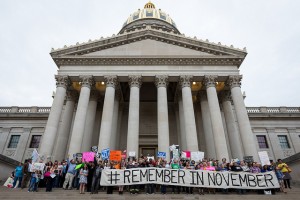 The 82nd West Virginia Legislature was made up of the 2015 and 2016 legislative sessions. It was unique in that for the first time since the middle of the last century, conservatives had control of both the House of Delegates and the state Senate. Needless to say, it was not a two year stretch of progressive lawmaking. This is one of the reasons WV Citizen Action Group decided to revive its legislative scorecard. Citizens need to know how their elected representatives voted on issues of importance, especially before the upcoming election.

For this scorecard, senators were scored on 24 votes and delegates were scored on 29 over the course of two legislative sessions. Each lawmaker was given a score based on the number of times they voted correctly on a bill or issue. There were several lawmakers who scored at both ends of the spectrum from zero to 100 percent.

The votes included in the scorecard were on a wide range of issues taken up during those two years including labor, legal, environmental, and social justice issues, such as Right-to-Work, nuisance liability, water protection rollbacks, voter ID, women’s reproductive rights, and the Religious Freedom Restoration Act (RFRA). Refer to the scorecard legend to see all bills and votes that were scored.

The votes were scored based on a very progressive viewpoint.  We did not pick and choose votes to make any particular House or Senate member look good or bad, but solely based this scorecard on the issues and let the results speak for themselves.

Heroes and Zeros in the House

Three delegates had a score between 90% and 99% – Sean Hornbuckle, Clif Moore, and Mike Caputo.

Zeroes and Heroes in the Senate

While the House didn’t have any absolute zeroes, the Senate had several, including Senate President Bill Cole, Senator Craig Blair, and Senator Daniel Hall.

Six fell into the under 20% score on their vote history but only one, Senator Chris Walters, is running for reelection this year. The others were Senators Tom Takubo, Mike Hall, Dave Sypolt, Ryan Ferns, and Charles S. Trump.

The Senate had some heroes too. The highest scoring senator was Mike Romano at 87.5%. Seven senators, including Romano, scored 70% or better. The others were Ron Miller, Herb Snyder, Bill Laird, Doug Facemire, Jeff Kessler, and Jack Yost. Of these, only Senators Facemire and Yost are running for reelection this year.

Five other senators – Bob Beach, John Unger, Mike Woelfel, Corey Palumbo, and Roman Prezioso – round out the Senate’s top twelve.  Only Palumbo and Prezioso are up for reelection this year.

Progressives must keep lawmakers accountable for the policy shift that occurred during the 82nd West Virginia Legislature. West Virginia voters will have to decide if their representatives deserve support or if new faces are needed.  WV Citizen Action Group will continue to monitor and report on both the positive and regressive policies emerging from the upcoming legislative sessions.

Although many on staff played critical roles in the development of this scorecard, we’d like to give special thanks to our summer intern, Matthew Massie, for doing the lion’s share of the research and assembly of this in-depth look at the 82nd West Virginia Legislature. Mr. Massie’s prior internships of note were with both Senator Rockefeller’s and Senator Manchin’s offices. He is now completing his senior year of studies at Yale University. 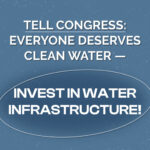 May 26 2021  Citizen Action Group Blog
Letter to Senator Manchin: Care for Creation is a Call to be Heeded and Acted Upon