Last Thursday was day 30 of the 60-day legislative session. It was also Environment Day (E-Day) and All Kinds Are Welcome Here Lobby Day. Dozens of green groups, women’s organizations, the ACLU of WV, and LGBTQ groups were represented with displays and information. Speakers talked about protecting both our environment and our civil and personal rights.

Meanwhile, the polluters and the bigots were busy doing their dirty work in committees and in the chambers. The Senate passed the DEP rules bundle, which included the water quality standards rule. After putting back in and then, again, taking back out the DEP & EPA recommended updates, the rule passed with no updated health protections for our drinking water. House Government Organization narrowly defeated an amendment in committee which would have nullified every local anti-discrimination ordinance in the state. No wonder we often call this place the ‘Bad Idea Factory!’

Now that the midpoint is passed, several significant deadlines are looming for those trying to pass or kill off legislation. The legislative calendar contains these significant cut-off points over the next three weeks:

These deadlines up the ante for those who are working to pass more progressive policies in a body with a conservative leadership. On the other hand, ‘bad ideas’ that fail to make it past Crossover Day thankfully go into the recycling bin. Thus, we both look forward to, and fear, Crossover Day….

Power Purchase Agreements (PPAs) allow for third-party financing, ownership, and maintenance for a distributed energy system on your property. This is a pro-solar, pro-renewable bill! Allowing PPAs would benefit nonprofits, schools, municipalities, commercial business, manufacturers, and YOU with lower energy bills and tax credits. A PPA bill HB 2911 has finally been introduced in the House and is pending in the House Energy Committee. It’s a companion to SB 409 which has been bottled up for weeks in Senate Energy, Industry, and Mining (EIM) Committee. Contact Chair Randy Smith today and tell him to run the bill! We must get one of these moving before Crossover Day!

On a more positive note, the bill to allow ex-drug offenders to receive food stamps has been approved by the House and will be up for passage by the full Senate on Tuesday. If passed and signed by the Governor, it puts West Virginia into the list with 47 other states which also allow this.

Other reforms that will make it easier for ex-offenders to reintegrate are also moving. SB 152 which provides a path for expungement of criminal records (with five years of good behavior) was sent to the House and is making its way through the committee process with Finance the last one before passage. Also a bill to require the state to issue photo IDs when offenders are released will be an aid to reintegration. HB 2083 has passed the House and things are looking hopeful for it to complete its journey to the Governor’s desk.

House Bill 2519, bill would force colleges to allow people to, with some exceptions, carry concealed guns on college campuses and in buildings. Let’s see, mix teenagers, alcohol, and guns in a place absent of parental guidance, what could go wrong? Let members of the House Judiciary know what a really stupid, irresponsible, and dangerous idea this is, please give them all a call before they take up this bill! The House Judiciary Committee plans a hearing at 2 p.m. Monday the 11th on this terrible proposal.

Managed Care Still a Threat to Our Foster Kids

HB 2010 has passed the House with the managed care (MCO) contract proposal still in tact and is now in the Senate Health and Human Resources (HHR) Committee. See this outline on why this is a bad idea and what we, as surrogate parents for these children, could be doing instead. Then contact the members of HHR Committee and ask them to take MCOs off the table.

The House Education Committee worked late on Friday to pass out an amended version of the Ominous Education Overhaul (SB 451) and send it to the Finance Committee. Since you’re likely to be reading this on Monday, the two scheduled public hearings (at 8:00 AM & 5:30 PM) will likely be over. This bill still is still a rush job with the perceived intent to get it to the Governor’s desk in time for lawmakers to override a potential veto.

Meanwhile, union leaders who represent rank and file teachers and school service personnel announced on Saturday that they now have the authorization to call for a work stoppage anytime they feel it’s appropriate. The lines are drawn…

Concealed Carry on Campus – What Could Go Wrong?

The House Judiciary Committee will also have a hearing at 2 PM, Monday on HB 2519, the so-called “Campus Self Defense Act.” This bill would force colleges to allow people to, with some exceptions, carry concealed guns on college campuses and in buildings. Let’s see, mix young adults, alcohol, and guns in a place absent of parental guidance — what could go wrong? Let members of the House Judiciary know what a really irresponsible and dangerous idea this is!

Support and Keep Up Your Citizen Action

If you appreciate getting these updates (that regularly have us working through the weekends) please become a supporting member or tax-deductible donor so we can continue to keep you informed. And, please keep up your citizen action! 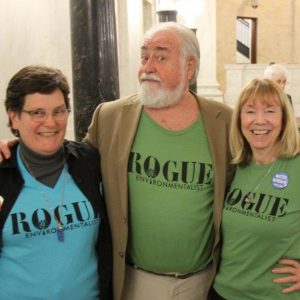 Say NO to charter schools (and other updates)!