The headline at Think Progress on Friday was, “West Virginia Pushes Bill That Could Make Its Dismal Voter Turnout Worse.” You read that right. On Wednesday, the House Judiciary Committee advanced HB 4013, a bill requiring voters to provide photo id when voting. The bill passed the committee on a strict party-line vote, with Republicans voting in favor and Democrats opposed. Although the bill has not yet been reported to the House floor, we expect a vote on the bill later in the week.

In the 2014 election, only 37% of West Virginia voters cast ballots – the lowest turnout in at least six decades. In 2012, the state ranked 50th in nation, the only state where less than half of eligible voters went to the polls. With such “dismal” turnout, this is no time to enact measures that risk further depressing the vote – especially the vote of seniors, people of color, low-income voters and students, populations that are less likely to possess government issued photo identification.

HB 4013 is less strict compared to voter id laws adopted by other states. As noted in the Gazette-Mail article, voters who lack photo identification could still cast a provisional ballot and potentially have their votes counted without taking additional action. Additionally, the Judiciary Committee adopted an amendment by Delegate Larry Rowe (D-Kanawha) that would allow another voter or a poll worker to vouch for the identity of the voter, enabling them to vote a regular ballot. Other amendments adopted would allow older voters to use expired forms of photo identification with a recognizable photograph, as well as some forms of government issues identification that lack photo, such as Medicare and Social Security cards.

While these changes make the bill less objectionable, it remains to be seen if they will remain part of the bill. However, and perhaps more importantly, there’s no evidence of the problem that the voter id bill would address.

Voter fraud, and more specifically, voter impersonation, is virtually nonexistent. A comprehensive search of federal and state records and news accounts by News21, an investigative reporting program headquartered at the Walter Cronkite School of Journalism at Arizona State University, found only 10 cases of voter impersonation fraud nationwide from 2000 to 2012. These 10 cases accounted for only 0.5 percent of the 2,068 cases of alleged voter fraud that the group documented. The most prevalent fraud was absentee ballot fraud at 24 percent. In the cases of absentee voter fraud all of the accused were political candidates or campaign workers, not individual voters.

According to the Brennan Center for Justice, “Statistically, an individual is more likely to be killed by lightning than to commit in-person voter fraud.” To quote our friends at the WV Center on Budget and Policy, HB 4013 is a “solution looking for a problem.”

Please contact your delegates and ask them to vote “No” on this unnecessary and restrictive voter ID law. 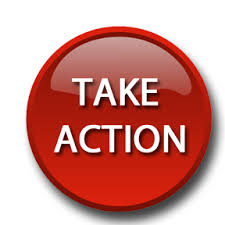