WV CAG is proud and grateful for the opportunity to support and participate in the first Black Policy Day at the State Capitol. The following is adapted from a press release about the day with some edits and additions.

(Charleston, WV) – On Friday, February 11th, a collaboration of West Virginia organizations held a series of events focused on policy issues impacting Black West Virginians.  Organizers said one of the goals was to create space for West Virginians that have been historically oppressed or ignored to share their stories. 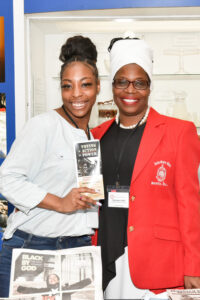 Dr. Shanequa Smith with the Black Voter Impact Initiative who helped spearhead the day’s events said, “By working collectively, we are making Black History Month come alive. By showing up we are creating history right now that we will be proud of.”

At a press conference in the lower rotunda of the State Capitol, hundreds in attendance heard from speakers who shared their experience and expertise on policy issues impacting Black West Virginians and shared why it’s important for Black West Virginians to participate in the policy making process.

Numerous pieces of legislation were discussed including HB 2257, a bill that is up for passage in the House on Monday, which would require an additional ten years of extended supervision for people convicted of drug felonies involving fentanyl. 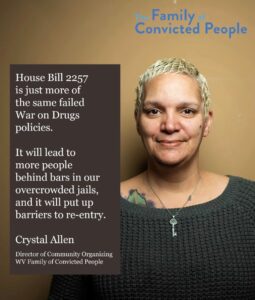 Crystal Allen with WV Family of Convicted People said, “House Bill 2257 is just more of the same failed war on drugs policies.  It will lead to more people behind bars in our overcrowded jails, and it will put up barriers to re-entry. We need our legislature to say no to this bill.”

Yvonne Lee with Fairness WV discussed how West Virginia’s delegation in U.S. Congress has failed to deliver for West Virginians by not passing the Build Back Better bill, including black lung benefits for miners. “Change is made in numbers. We have to remember how we vote these people into office. We have to remember when they say they’re doing this for the people. What people are you really doing it for?” Lee also encouraged those in attendance to take action against bills pending in the House Judiciary Committee that would put local fairness laws that ban hair and LGBTQ+ discrimination in jeopardy. 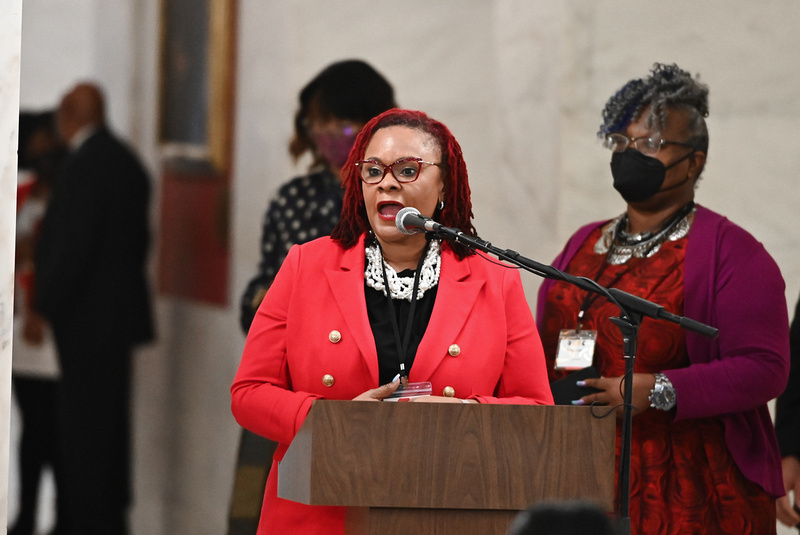 Reverend Matthew Watts, pastor of Grace Bible Church on Charleston’s West Side, discussed a plan proposed by the Tuesday Morning Group, a coalition of ministers and community members, to re-purpose several bills supported by the Governor and legislative leadership and use American Rescue Plan funding to address poverty and mitigate the ongoing effects of the COVID-19 pandemic on our communities. (Read more here.)

One of the organizers of the day and publisher of Black By God: THE WEST VIRGINIAN, Crystal Good said of the event, “So many Black Capitol staffers are saying they have never seen this many Black people in the Capitol. It’s truly the people’s house today.”

Delegate Danelle Walker, the only Black female member of the legislature, brought the crowd to their feet with a rousing oration ending with “We’re Black, and We’re Proud!”

The day at the State Capitol also included stations where attendees wrote postcards to their legislators, attended the House floor session, met with legislators, and participated in a roundtable discussion in the Governor’s press room.

The day began with a Black Policy Breakfast and concluded with a rally in support of the CROWN Act. On Thursday evening, the coalition sponsoring the event also hosted a panel discussion featuring Young, Gifted and Black policymakers in West Virginia. 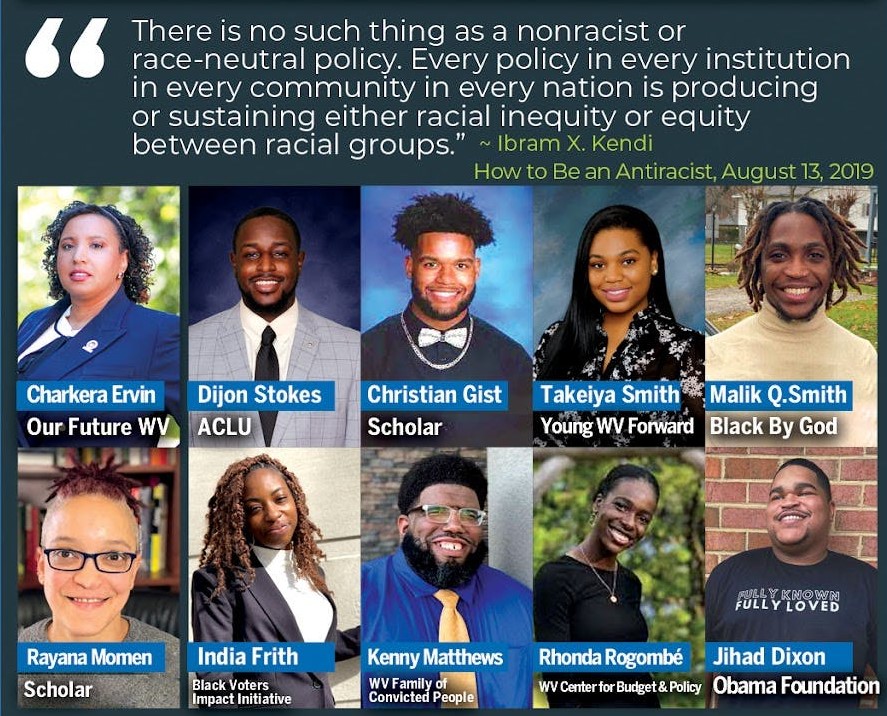 Black Policy Day coincided with speeches on the Senate floor to highlight the significance of February 12 in civil rights and state history, including events that lead to the founding of the NAACP. The nation’s oldest and most widely known civil rights organization turned 113 on Saturday. Honor their legacy by joining the WV NAACP or your local Branch and become part of a vibrant community of people who stand for justice and equality. 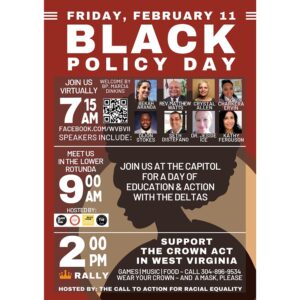 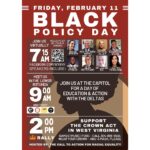 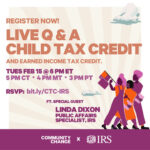 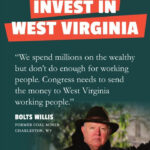 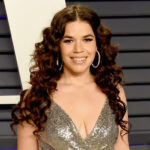 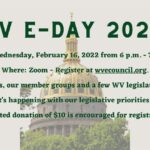