The “co-tenancy” bill (HB 4268), has now passed the Senate unchanged (except for a title amendment which is a technical change that doesn’t affect the substance of the bill) although not without considerable debate. Although the title amendment is not substantive, it does mean the bill must go back to the House for approval, provided it is passed by the Senate. The bill passed the House well ahead of Crossover Day (the deadline for bills to be out of the house of origin).

In an interesting twist, Governor Justice urged the Senate to reject the bill prior to a vote by the the Senate Judiciary Committee vote saying he was strongly considering vetoing it and calling the Legislature into special session “to find a way out through co-tenancy and joint development and the mineral rights people … you’ve got to find a way that satisfies everybody and raises the severance tax on natural gas” in order to provide teachers and state employees with raises, and fix PEIA. The Governor’s proposal was not well received by legislators and other interested parties. However, the Governor walked back this idea and the bill continued to advance and was passed by the Judiciary Committee on Tuesday.

The Senate unanimously passed SB 360, which would change the way royalties are calculated for flat-rate leases by reversing a decision by the state Supreme Court that says oil and gas companies can take deductions for production expenses from the royalty payments paid under these leases. Read more here. The House passed an identical version of the bill (HB 4490) on the same day, and after receiving word that the Senate had passed SB 360, they took the bill up for immediate consideration rather than requiring the bill to go through the committee process another time, and passed the bill on Friday.

Another good bill for mineral owners that is working its way through the legislative process is HB 4270. The purpose of this bill is to provide for the timely payment of royalties (within 120 days of the date of the sale of the oil, gas, or natural gas liquids produced) from horizontal wells; to require that specific information related to production and deductions from payments be provided to royalty owners along with their royalty payments; and to provide penalties for late payments (an interest penalty at the prime rate plus two percent). The bill passed the House of Delegates on February 15 and is currently pending in the Senate Judiciary Committee.

Unfortunately, most of the bills that were a priority for WV-SORO this legislative session are dead because they were not taken up by their assigned committees and sent to the floor in time to meet yesterday’s deadline (often referred to as Crossover Day) for bills to be out of the house of origin. This includes our our “land reunion” bill,SB 148, which was approved by the Senate Natural Resources Committee last week, but stalled in Senate Finance; as well as bills that would require continuous monitoring of air, noise, dust, and particulates as recommended by the studies mandated by the 2011 Horizontal Well Act (HB 2990); and that would allow property owners to share financially in the gains from the various interstate pipeline projects, if they are approved and built (HB 3011). The latter two bills were never taken up by the House Energy Committee. It’s extremely disappointing to have to report the lack of progress on these bills that would have helped those most affect by drilling and natural gas infrastructure. 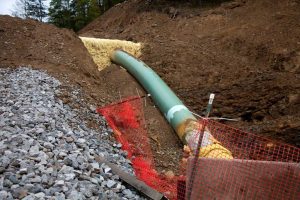