In response to former Justice Evan Jenkins’s recent resignation from the State Supreme Court, members of the House of Delegates are moving quickly to strip West Virginians of their ability to have a say in who will fill the seat left vacant by Jenkins’s departure.

Under current law, Jenkins’s replacement would be required to stand for election in November. When a vacancy occurs on the State Supreme Court, the governor fills the seat by appointment. If there are more than two years remaining in the term, the governor’s appointee must run in a special election before completing the rest of that same term. However, a bill advanced by the House Judiciary Committee would raise the threshold to three years, taking power away from West Virginia voters, and shielding partisan or incompetent judges from any kind of public check for several years.

Proponents of HB 4785, which is expected to receive a full House vote Wednesday, have defended it on the grounds that it preserves continuity and promotes trust in the court. That couldn’t be more wrong. Like any other powerful elected position, continuity and trust for our judges must be earned. West Virginians did not ask for their electoral power to be weakened and doing so now by jamming a bill through the legislature at the last minute can only erode public confidence in our state’s highest court.

The justification that HB 4785 is needed “to maintain stability in our judiciary” seems disingenuous considering that the Republican controlled House voted to impeach the entire Supreme Court in 2018, taking advantage of a spending scandal to tip the balance of the court by pushing multiple justices off the bench, and making way for Governor Justice to fill the vacant seats with partisan allies.

Evan Jenkins’s decision to become a lobbyist for special interests that want to deny justice to injured workers and their families, and avoid being held liable for their negligent actions, less than two weeks after stepping down from the Court is far more damaging to the reputation and credibility of the judiciary than any acts of maladministration, incompetence, or misuse of state resources alleged in the Articles of Impeachment against current and former justices. Justice Beth Walker was essentially impeached for failing to keep her male colleagues from misbehaving.

Maintaining continuity and ensuring trust in the judiciary starts by making decisions about judicial appointments based on merit and filling vacancies with people who actually want to serve as judges instead of political opportunists and corporate shills. It also requires having a process that’s transparent and ensures public input and accountability.

We have a process in place for filling judicial vacancies and that process involves West Virginia voters. HB 4785 would eliminate their role and an important check on the governor’s appointment power.

The stakes for regular West Virginians are far too high to risk this kind of judicial power grab. Our state Supreme Court frequently has the final say on critical issues like education funding, access to healthcare, worker protections, neighborhood safety, and the quality of our air and water. The people of West Virginia deserve to have a say-so on their courts. Members of the House should reject this bill.

Call your members of the House of Delegates and urge them to vote NO on HB 4785.

Check out my op-ed here and write your own letter to the editor using this handy toolkit. 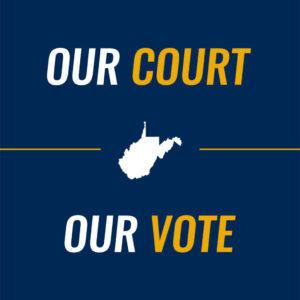 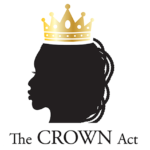 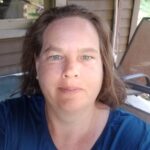 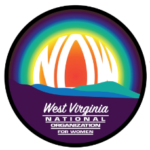 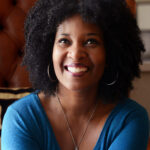