The campaign surrounding the Voter Issues and Action Survey (VIAS) concluded on Friday, July 15th. From this campaign, we received a total of 43 responses from West Virginia voters. While this is a smaller sample than we originally hoped for, it provides plenty of valuable information that allows us to identify some of the major issues voters are facing in our state.

A simple breakdown of the data is shown below: 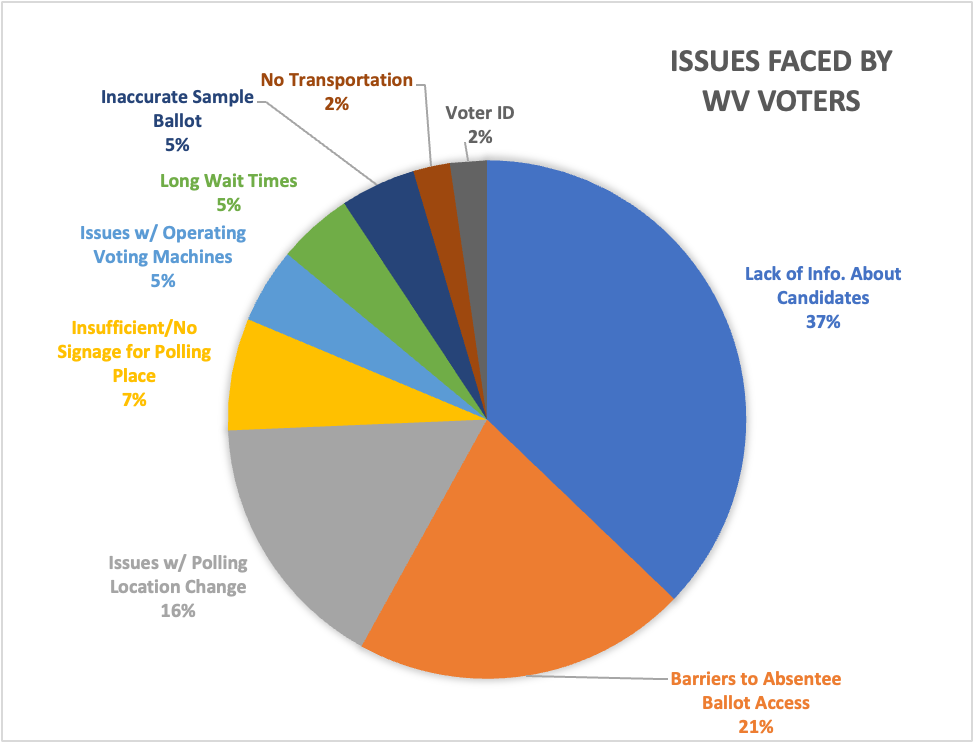 Out of all the responses we received, the largest issue people faced was a lack of information about candidates on the ballots with 37.2% of respondents flagging it as an issue of concern. One respondent stated that the lack of information is concentrated on local candidates, which made it difficult to make an informed decision on the ballot. Other respondents echoed this complaint and added that information was often spread out to different websites (social media, news sites, etc.), and they had to spend unnecessary amounts of time to find it. Oftentimes, their research was limited by exclusionary paywalls. Constituents would benefit from a centralized voter information site and/or a state-sponsored voting guide mailing, similar to other states.

Furthermore, 20.9% of responses reported experiencing issues with obtaining an absentee ballot ahead of the election. These barriers ranged from not having access to a printer in order to print out an application to being unnecessarily questioned or challenged when requesting one and being uncertain about their eligibility. Many of these issues may have been solved by calling the SOS office or going to GoVoteWV.com, but this survey goes to show that voters are not even being informed of these resources to resolve their issues. People cannot solve these issues if they do not know these resources are available to them.

Additionally, 16.3% of responses cited unexpected changes in polling places as major issues of concern. Several respondents claimed that they arrived at the wrong precinct, and poll workers were uninformed about where to send them. This resulted in one respondent traveling to three different locations before arriving at the correct one and another traveling 35 minutes to no avail. Another claimed that they did not receive notice of their precinct change until after the election while another stated that their precinct is often changed on short notice (Kanawha).

Interestingly, this survey attracted an unexpected amount of responses that were dismissive of the existence of issues regarding voter access and spouted conspiracy theories surrounding voting machines. We do not view this as a flaw in the survey; instead, we view this widespread disinformation as yet another barrier to voter access. Moving forward, political organizations, like us, must remain steadfast in lifting the voices of those facing barriers to the polls as well as addressing the rampant disinformation disseminating from the rhetoric surrounding the 2020 election. Dismissing the prevalence of disinformation and allowing it to fester will only create more barriers to the polls.

Ultimately, the VIAS campaign was very successful in calling attention to many of the issues voters face when attempting to make their voices heard at the polls. We are confident that this will serve as a stable foundation as we work with our partners to devise new initiatives to hold election officials accountable and encourage them to resolve many of the issues through this campaign. 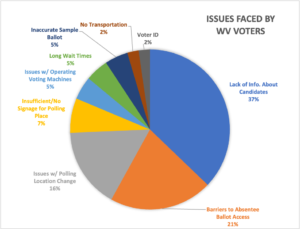 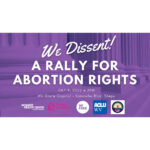 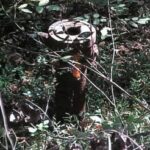 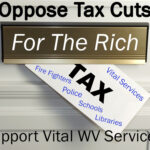 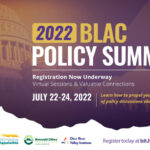 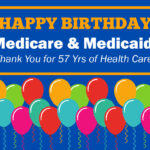 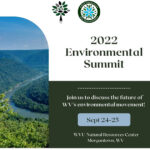