America’s Wealthiest Pump Millions Into 2022 Campaigns, Mostly to Republicans Who Will Cut Their Taxes and Supported Trump’s January 6th Insurrection

Charleston, WV: WV Citizen Action Group released a new report today in collaboration with Americans for Tax Fairness showing that America’s billionaires are pumping tens of millions of dollars into the 2022 midterm elections, mostly backing Republican candidates for Congress who will cut taxes for the ultra-rich and the corporations they own. The report finds that many of the candidates and lawmakers receiving billionaire campaign contributions are undermining our democracy by supporting the January 6th, 2021, insurrection to overthrow election results. The increased flow of billionaires dollars into American politics this year continues a trend that began when the Supreme Court struck down effective campaign-contribution limits 12 years ago in the Citizens United decision.

The United States has a growing number of billionaires, many of whom increased their wealth during  the last two years of the pandemic, even as average West Virginians struggled with health, financial security and growing inflation. The 741 billionaires in the US increased their wealth from a collective 2 trillion dollars to a staggering 5 trillion dollars, from March, 2020 to April, 2022. Many of these billionaires has used some of that increased wealth to support candidates and lawmakers who will pass policies that further enrich the ultra-rich and advance their agenda, including tax loopholes that enable many billionaires to pay lower tax rates than teachers, firefighters and nurses.

Many of these billionaires find ways to pay zero federal income tax.

In addition to direct contributions to candidates who will keep laws rigged in their favor, the wealthy also leverage influence through the corporations they control. Many of those corporations also spend big on midterm elections, backing mainly GOP candidates who pledge to keep corporate tax rates low and support lawmakers and candidates that deny the 2020 election outcome.  The report highlights seven large corporations—AT&T, Chevron, ExxonMobil, FedEx, GM, Merck, and UPS—that together gave almost $1.5 million to election deniers this election cycle. In 2021, they paid an average 2.7% tax rate on a combined $78 billion in profits. Average American families pay about 13%.

Many of the Republicans they supported who are now in Congress are expected to oppose the current reconciliation bill that would raise taxes on millionaires and corporations while lowering prescription drug prices for seniors and making health care coverage more affordable for people with private insurance plans.

“What’s good for billionaires—like lower tax rates for the ultra-rich and corporations—is bad for the rest of us. Wage earners have to make up for the taxes not paid by the super rich and tax-dodging corporations.” said Gary Zucket, Executive Director of WV Citizen Action Group. “A handful of  billionaires already control more wealth than over half of all Americans.  They intend to hold onto that wealth by buying candidates and election outcomes to keep the rules rigged in their favor.  Congress should take action now by cleaning up campaign finance rules and tax reforms that hold the super wealthy accountable to the same rules as the rest of us.”

Legislation to tax the ultra-wealthy has been proposed by President Biden, Sen. Ron Wyden (D-OR) and Rep. Jamaal Bowman. Billionaires’ income tax proposals would tax the increased value of rich people’s wealth more like workers’ wages. Right now, the wealthy pay no more in taxes when their wealth increases because of stock appreciation unless they choose to sell those assets. A billionaires income tax could raise between $360 billion and $550 billion over 10 years.

Since 1974, West Virginia Citizen Action Group has advocated for better public policies, rights of individuals, a cleaner environment, and a stronger democratic process. 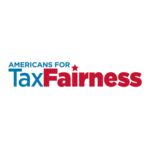 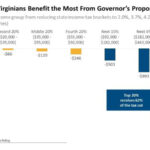 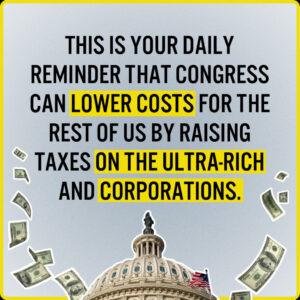 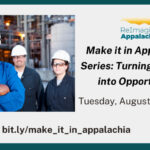 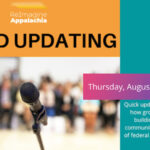 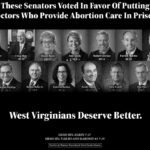 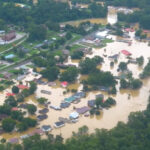