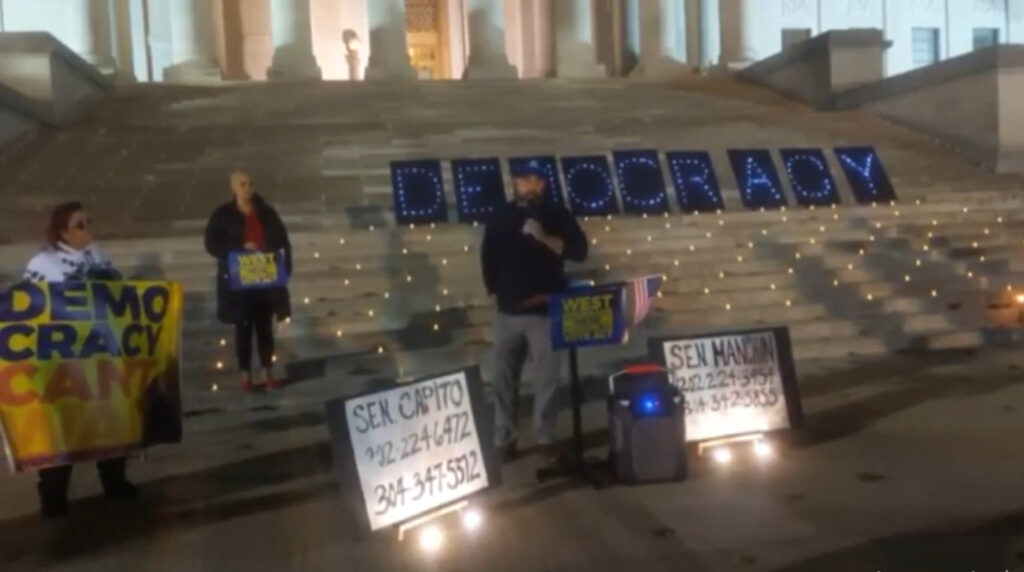 Charleston, WV — After Senate Republicans blocked another voting rights bill, community members and organizations hosted a “Freedom to Vote: Time to Act!” vigil at the State Capitol on Wednesday, Nov. 10, to demand that the Senate pass the Freedom to Vote Act. This event in Charleston was held in partnership with the Declaration for American Democracy as part of a nationwide week of action calling on Congress to set national standards to ensure that all Americans have equal access to the ballot ahead of the 2022 elections.

Video of the event can be viewed at https://youtu.be/_DAQF1j1sP8.

The need for the Freedom to Vote Act to become law is urgent: Extremist state legislators spent the last year putting up barriers to voting in one state after another and are now drawing districts to benefit themselves, carving up communities, and attempting to drown out the voices of millions of American voters for the next decade.

With the 2022 midterm elections quickly approaching, it’s critical that the Senate and President Biden take action to protect our freedom to vote and to realize the promise of democracy for all.

The event featured a light display spelling out “DEMOCRACY” and activists holding signs and tea lights. Courtesy photos can be found here. 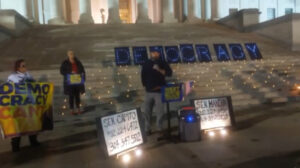