Spring equinox brings new life back in the earthly cycle of death and rebirth. After this legislative session we’ll need a rebirth of our political cycle to make sure that the next elections bring new life behind the desks at the Capitol. New faces pushing those red and green buttons which have such a profound effect on our families, committees and state.

One of many reasons for this need of renewal at the Capitol is HB 2008, now on its way to the Governor. It ‘relaxes’ licensing requirements for many trades and only passed the Senate by one vote. According to a former legislator who’s been following it, HB 2008 “…is a very controversial bill which attacks WV workers as it makes it easier for out of state contractors to come to WV with an army of untrained workers. It defunds the office of Commissioner of Labor who would check on such matters. It also attacks apprenticeship programs offered by local unions.”  It passed the House with all 23 Democrats plus 17 Republicans voting no. This reminds us of when the conservative majority repealed the prevailing wage law to create more jobs and less cost for government construction.  It seems to have only resulted in more shoddy state construction by low-bidding contractors hauling in out of state workers. This one is likely to do the same only the shoddy work may be in your home instead.

In all 44 bills have been sent to the Governor, many of these are ones we’d rather have seen in the scrap heap. Elections have consequences and Trump’s legacy has ‘trickled down’ into our statehouse with a vengeance. Midterms are in 2022. The time to begin preparations is April 10th, the end of this legislative disaster. More to come on that front.

Sunday, March 28th is the last day for bills to pass out of committees to be able to pass on the floor by Crossover Day, March 31st. Bills not ‘crossing over’ to the other legislative body are considered failed. However, committees can still continue to ‘originate’ bills and resolutions can run anytime. Thus is the convoluted rules of the WV Legislature.

HB 2174, the Monument and Memorial Protection Act, passed the House Friday but not before their Government Organization committee held (virtually) a public hearing in which every speaker opposed it. This bill makes it harder to move old confederate statues and plaques to their proper places in museums and other displays. There was a lively floor debate by Delegates opposing this bill. The Act now goes to the Senate where the fight continues. Meanwhile, Delegate Steele, Chair of Government Organization, announced he’s tested positive for Covid over the weekend. It is not clear how this will affect the ongoing legislative process. We wish the Delegate a quick and complete recovery.

The Governor’s bait and switch tax proposal to cut income taxes and switch to a variety of increased sin and sales taxes doesn’t even have support in his own party at the legislature. However,  this is no time to breathe easy. The Finance Committees are cooking the books and working on their own plans to ‘trigger’ income tax cuts when future revenue targets are met. This is a deceitful way to take credit for future tax cuts without having to make the hard decision for finding replacement revenue.

Keep those contacts coming in opposing more regressive taxes with this link to the WVCBP action page.

Even More Tax Cuts for Business

A constitutional amendment aimed at cutting property taxes mainly on business equipment and inventory will go before voters if HJR 3 passes. Benefiting mostly large corporations like ones working in oil & gas and coal, it would drain revenue directly out of local county budgets that is used for schools, police and fire protection and other services. Voters will be enticed to approve this by including vehicle taxes in the mix.

After passing an expanded charter school bill the legislature passed one that will throw more public tax dollars at private, religious and for-profit ‘educational vendors’ than anywhere else in the country. The ‘Hope Scholarship’ (HB 2013) provides $4,600 per student, per year to every family for alternative education expenses, like private school tuition, online education programs and books. The allowed list of expenses is nearly unlimited. It’s on the Governor’s desk.

HB 2363, which has passed the House and is pending in the Senate Judiciary Committee, is another controversial bill nicknamed the Mad Dad’s bill. It forces family court judges to start at 50-50 custody and only move off that for specific circumstances. Even worse it opens up former family court rulings to revisit custody arraignments. Most family and child welfare groups in the state are opposing it for lots of reasons which relate to the best interests of the children in the middle of custody disputes. The Senate failed to pass similar legislation last year. Contact Judiciary Committee members to express concerns.

Efficiency in Government Extends to Buildings

Both caucuses at the legislature profess to support a more efficient government that is a good steward of our hard earned tax dollars. Why then is HB 2667 stuck in the Finance Committee? It would enact a process to assess and upgrade the energy efficiency of thousands of government buildings that cost us millions of tax dollars to heat and cool every year. This bill would create jobs now and save us tax money in the long run. Take action now to send a message to Chairman Householder to move this out of committee before it’s too late! Keep informed of all the latest environmental updates at www.wvecouncil.org.

Health Bills Need a Boost Too

Speaking of the House Finance, another message to Chairman Householder should be to run HB 2266 that extends Medicaid coverage to new mothers for 12 months after childbirth vs the present 60 day limit. This would reduce maternal mortality and help new families stay healthier.

Most of us to the left of Senator Mitch McConnell are celebrating the passage of the American Rescue Act and its broad support for Covid recovery for our families, schools, local governments and small businesses. However, this is just the opening act of the new administration and we need the rest of the agenda to move to Build Back Better. Send a Thank You message to the only WV federal office holder to vote for this important recovery package, Democratic Senator Joe Manchin. Tell him to continue to work with all Senators who want to make a significant change for the better but not let the obstructionists delay the needed progress on election protection, infrastructure, climate and health care access. The potential for major movement on all these issues rests on the Senate majority working in unison along with anyone from the minority party who agrees. However, we can’t let McConnell throw the same roadblocks to positive change that he’s done for the previous Democratic administrations.

As part of the recently formed New Jobs WV Coalition, WV Citizen Action will be helping with the release of a new WV jobs report  on March 31st that outlines the enormous job creation potential of the THRIVE Resolution now in Congress. THRIVE (Transform, Heal, and Renew by Investing in a Vibrant Economy) is a roadmap to economic renewal — a congressional resolution to tackle the overlapping crises of racial injustice, mass unemployment, public health, and climate change. Watch for more info on the unveiling of this impressive and exciting THRIVE jobs report in your mailbox soon.

As you, our readers, get your $1400 American Rescue funds dropped into your bank accounts or mailbox, here’s a small suggestion on what you might do with part of that. How about sending 1% of that, only $14 to help fund our work at WV Citizen Action? If you can afford it, how about 10%? We are working everyday for you and your’s to have a better state and nation to THRIVE in. Thanks to everyone who has already become a supporting member, and thanks also to those of you who respond to this message today! 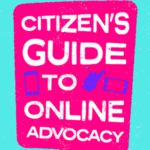 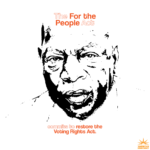 Voting Rights Are Under Attack, But We Can Fight Back
West Virginia Citizen Action Group Blog © 2015 Frontier Theme
Send this to a friend