Thank you to everyone who responded to our Saturday action alert on HJR 2, which proposes to amend the state constitution so that no court in West Virginia could intervene to protect the right to a fair hearing of a public official facing impeachment, no matter how frivolous the charge or constitutionally flawed the process. It’s obvious that at least some members of the Legislature are under the mistaken impression that the acting Supreme Court that intervened in the impeachment of former Justice Margaret Workman stripped them of their power to impeach.

This is completely false.

The acting court in Workman made clear its decision wasn’t about whether the Legislature can impeach a Supreme Court justice, but rather about that it must be done “according to law and evidence” as required by the state constitution.They only intervened because the House of Delegates failed to follow its own rules related to impeachment.

The vote on HJR 2 was delayed for at least a day due to the weather, so there’s still time to contact your delegate(s) and tell them to vote No on this dangerous, unnecessary amendment to our constitution.

Recent coverage by outlets like WV Metro News has done well to mention the potential abuses of power that HJR 2 could lead to, but still neglects another key argument against the amendment: namely, that it’s entirely unnecessary. The legislature held and continues to hold sole authority over impeachment proceedings. Here are some fast facts from the Workman decision at the heart of the House’s push to pass HJR 2:

Fact: West Virginia’s constitution permits the legislature to impeach any state official for “maladministration, corruption, incompetency, gross immorality, neglect of duty, or any high crime or misdemeanor.” The legislature has wide latitude in deciding how to conduct impeachment proceedings; however, such proceedings must be conducted “according to law and evidence.”

Fact: The acting court got involved because the House of Delegates did not follow its own impeachment rules, failing to conduct the process according to law and evidence. The House also violated the separation of powers doctrine by citing the Code of Judicial Conduct in several of the impeachment charges against Workman, which is constitutionally regulated by the Supreme Court of Appeals.

Fact: The acting court explicitly made clear that its decision was “not about whether or not a Justice of the Supreme Court of Appeals of West Virginia can or should be impeached,” but rather about the fact that it “must be done correctly and constitutionally with due process.” In other words, the legislature already has the power that backers of the amendment claim to want to restore with HJR 2.

Fact: The acting court expressly held in Workman that the state constitution “does not provide this Court with jurisdiction over an appeal of a final decision by the Court of Impeachment.” In other words, any appeals following a decision made by the Court of Impeachment, which is conducted by the state Senate, are outside of the jurisdiction of the state Supreme Court. Despite this reality, HJR 2 provides, redundantly, that “[no] judgment rendered by the Senate following a trial of impeachment [is] reviewable by any court of this state.”

Fact: The acting court’s decision in Workman that it is appropriate for courts to intervene in unconstitutional impeachment proceedings is not an extreme position. In fact, this position has been endorsed by several U.S. Supreme Court justices. In United States v. Nixon, the U.S. Supreme Court’s only decision addressing the federal constitution’s Senate impeachment clause, the court agreed that judicial review of unfair impeachment proceedings is acceptable.

Fact: There was an acting court because all of the justices on the state’s Supreme Court of Appeals at the time of Workman’s case were either suspended or had been replaced with acting justices who then recused themselves because they had conflicts of interests that would have made it impossible for them to consider both sides’ arguments with impartiality. Judges should not hear cases where they have an interest in the outcome. That’s why it was appropriate for an acting court to consider former Justice Workman’s petition.

This amendment is not needed to restore or protect the legislature’s authority in impeachment proceedings, and would open the door to blatant abuses of power by the legislative branch. Members of the House Judiciary Committee raised concerns that, rather than protecting the separation of powers, this amendment would erode the checks and balances between the three branches of government and could be used by future legislatures to punish political rivals without cause.

The people of West Virginia agreed through our constitution that impeachment proceedings must be conducted “according to law and evidence.” The acting court explicitly made clear that its decision was in Workman was “not about whether or not a Justice of the Supreme Court of Appeals of West Virginia can or should be impeached,” but rather about the fact that it “must be done correctly and constitutionally with due process.”

The only reason the acting court got involved was because the House of Delegates failed to follow its own impeachment rules. 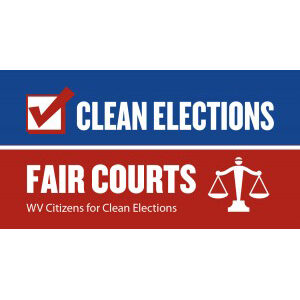