House Farm Bill Should Protect SNAP and Health Care Rather Than Attacking Working Families, Children and Our Most Vulnerable

Washington, DC – In response to the partisan vote in the U.S. House of Representatives on a version of the Farm Bill that includes new restrictions and cuts to the Supplemental Nutrition Assistance Program (SNAP), Health Care for America Now Co-Directors Ethan Rome and Margarida Jorge released the following statement:

“The failed House Republicans’ bill was an attack on working families, children, people with disabilities, and older workers. Congress should reject any version of the Farm Bill that shirks America’s long-standing bipartisan commitment to feed the hungry. While Republican members of Congress were more than happy to spend $1.4 trillion on tax giveaways to millionaires, billionaires and big corporations, their bill proposed $17 billion in cuts to a program that helps Americans across the country put food on the table and pushed for changes that will undermine insurance markets, drive up premiums and reduce choices for rural communities. If we can afford to give the richest one percent of taxpayers an average tax cut of $48,000 this year, we can afford to help single moms, low-wage workers and poor families put food on the table.

“The Republican bill has the wrong priorities. Rather than taking food away from people, we should be raising the minimum wage so low-wage workers don’t have to depend on SNAP. We should repeal the Republican tax giveaway, which blows a hole in our budget and gives tax breaks to people and corporations who don’t need them, and instead we should invest in healthcare, education and jobs with good benefits.

“Food security is a basic component of good health care, and children with access to SNAP have much better long-term health outcomes than those who don’t know where their next meal is coming from. But SNAP does more than keep Americans healthy, it boosts our economy and lifts millions out of poverty each year. Lawmakers should continue to reject partisan bills that cut food assistance and threaten health care and develop a bipartisan measure that recognizes the importance of ensuring people have enough food to eat.”

Health Care for America Now (HCAN) is the national grassroots coalition that ran a $60 million five-and-a-half year campaign from 2008-2013 to pass, protect, and promote the Affordable Care Act (ACA) and protect Medicare and Medicaid. HCAN has come back together to fight the Republicans’ all-out effort to take away America’s health care and put people at the mercy of the health insurance companies again. 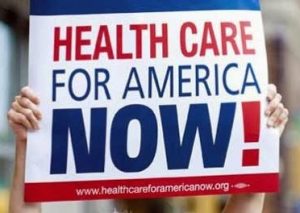 Citizen Action Group Blog  May 26
Letter to Senator Manchin: Care for Creation is a Call to be Heeded and Acted Upon

Action Alert  May 12
Your Story Has Power! Will you share it?

Action Alert  May 12
Calling All Wednesdays! Today’s Calls: Tell Our Senators to Support the For The People Act!

Action Alert  May 10
You, Me & Democracy: a storytelling training on the For the People Act – May 13th @ 8PM