Gary Zuckett, Executive Director noted that House Republicans including WV Reps Capito and McKinley, rejected a compromise agreement that had been approved by 89 Senators – including all but nine Republicans in the Senate.

Zuckett said there are winners and losers as a result of today’s procedural move. “The winners are the wealthiest one percent who continue to avoid paying their fair share of taxes,” Zuckett said. “The losers are the rest of us – those of us who are unemployed and will lose Unemployment Benefits in 12 days, and the 160 million working Americans who will see their taxes go up Jan. 1st.”

Another big loser, Zuckett said, is our economy, because of the simulative effect that UI benefits provide. Economists estimate that if the federal UI program is not extended through 2012, the U.S. will see a decline of $22 billion in economic activity and the loss of an additional 140,000 jobs.

Zuckett  added that the Senate legislation – although far from perfect – at least gave lawmakers the breathing room to return to Washington in January and hash out an agreement that would extend far beyond February. “Now what?”  Zuckett asked. “The Senate bill bought time and breathing room. The House’s inaction buys nothing but more misery and suffering for those hurt most by our economic crisis.”

Earlier this month, WV-CAG and USAction released Hardly Working: Stories from Un- and Under-Employed Americans, which documents the boiling frustration, despair and economic uncertainty that unemployed Americans face this holiday season. The report showcases first-hand, in-depth stories of jobless Americans and the trends impacting them – including layoffs in gutted industries like construction and education; age and employment discrimination; Americans exhausting unemployment insurance and personal savings; adults moving in with parents or moving abroad to find work; credentialed graduates left empty-handed in the job market; and extreme physical and emotional suffering – to the point of depression and attempted suicide – under the strain of the prolonged jobs crisis.

Mar 2 2022  Action Alert
Urgent Action: Tell our Senators to Stop HB 4007 – No Tax Breaks for the Wealthy on the Backs of Working Families 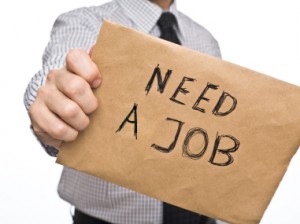