Friday was day 24 of the 60-day legislative session. Believe it or not, bills will now begin moving even faster as we approach several deadlines limiting their progress to the finish line. March 16th & 22nd  are the last days to introduce bills in the House and Senate. Committees can still ‘originate’ bills anytime but members cannot. With a total of 1,540 bills as of Friday, we have more than enough to deal with.

The first ‘official’ public hearing granted by House Judiciary Chair Capito came exactly one day after our People’s Public Hearing on the bill that would weaken the Aboveground Storage Tank Act. Coincidence?  It covered the DEP’s water rule allowing additional amounts of 13 known carcinogens to be dumped into our rivers. Unfortunately, both bills are still advancing even though the public opposes them. The ‘Pollution Lobby’ is well funded and powerful. Subsequent hearings were held by both Judiciary and Government Organization committees on proposals to create an intermediate court of appeals and hold a Constitutional Convention (see below). 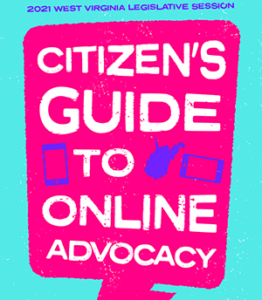 Mountain State Spotlight is an independent news outlet with our values at the center. They have an excellent Capitol Tracker where you can look up your legislators and keep track of bills that are moving. While you’re there, sign up as a contributing subscriber so they can keep up their excellent reporting.

The Legislature Today by WV Public Broadcasting should be renamed the Legislature Week since it has shrunk from its usual 60 daily slots to a Friday weekly wrap up. Still its good reporting and interviews with lawmakers.

Inside WV Politics is another half hour TV and streaming look at the week’s political scene. This one runs year-round but during the session mostly focuses on the actions going on under the statehouse dome.

The Charleston Gazette-Mail  online is probably the best daily up to the minute source for legislative news. They still have their 99 cent, three month trial available that will get you through the session. Every day’s content includes multiple articles on bills that are moving. Phil Kabler’s articles and Sunday column alone are worth a subscription for the session but the whole team does a great job covering legislative antics.

Want to stay apprised of environmental legislation? Make sure to visit WV Environmental Council and WV Rivers Coalition for their weekly updates. Don’t forget that the evening of the 10th is WV E-Day online! You can register on E-Council’s page!

And make sure to check out this great resource for the 2021 WV Legislative Session: Citizens Guide to Online Advocacy, by Black by God The West Virginian.

Last but not least, you can download our updated PDF list of every bill and resolution we’re tracking here. 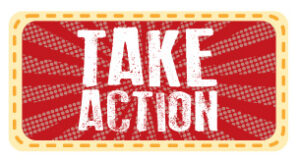 This is not a tax cut on low/moderate income earners, its a tax switch from income to sales and sin taxes that, according to WVCBP, results in an overall tax increase on 60 percent of households. Plus it would require cuts to services because it leaves (even using the governor’s rosey numbers) a $100 Million+ hole in the WV budget. Of all the bad bills coming at us this year, this is the one that could do the most harm to all our issues.

Contact your lawmakers to tell them to just say ‘NO’. We need better roads, broadband, and services, not another pie-in-the-sky tax shift gambit that takes from the poor to give to the rich!

HB 2363 – ‘Mad Dads’ bill forcing 50/50 child custody and lots of other bad policies is on 3rd reading on the House (parking) calendar but it could be voted on as soon as the 11 AM Monday floor session.

Contact your Delegates and tell them to let Family Court Judges do their job and make rulings in the best interests of the kids.

We can usually predict several bad bills will reappear year after year. These ‘Zombie Bills’ reanimate after being killed off multiple times in past sessions. One of the most concerning is the annual push by well funded out of state groups to wrangle a Concurrent Resolution (HCR 9) out of the legislature calling for an Article V Constitutional Convention of the states. The excuse this time is to install term limits for members of Congress. Last time it was for a balanced federal budget. Regardless of one’s opinion on term limits, the application of a full-blown, never before convened convention of the states to enact this one tweak is like using a sledgehammer to kill a mosquito. HCR 9 is parked in House Rules but could be cut loose for a floor vote at any time.

Tell you Delegates it’s too risky to give the states a convention to dissect our Constitution!

SB 275, which creates an unneeded intermediate court of appeals and makes other changes to WV’s judicial system, was opposed  by a vast majority of speakers at the public hearing last week. Regardless, the bill was taken up, was amended to establish a single-district intermediate court with three judges, instead of the two-district court with six judges, and is heading for House Finance. Since it was amended, it will have to return to the Senate if the House passes it.

Again, Tell Your Delegates not to blow millions on an unneeded court!

Thank YOU for your actions and your support! Of course there are dozens more bills we could write about and ask you to make calls on but we have to stop here, get some sleep and get up and fight again tomorrow. Your donations and checks in the mail give us the means, and support to keep on pushing for people-centered laws to make it to the finish line and to derail the awful ones. Now is the best time to renew or become a new supporting member! Thanks in advance!

Tell Senate Judiciary Members to Protect Democracy, Vote NO on HJR 2 and SB 303