Charleston, WV –  Long-time consumer advocate organization, WV Citizen Action Group (WV-CAG) went to bat for people who get coverage and consumer protections under the Affordable Care Act (ACA) today with an alert to the public about the negative consequences of President Trump’s efforts to appoint a new anti-ACA justice to the Supreme Court in the wake of Justice Ruth Bader Ginsburg’s death.

Republican Senate Majority Leader Mitch McConnell is pushing for the U.S. Senate to vote for confirmation of the President’s nominee, Amy Coney Barrett, before the election this November despite the short timeline and polling that shows Americans think the next Justice should be chosen by the newly elected President. McConnell and Republicans in the Senate set this standard eight months out before the 2016 election and they should keep to it.

“A Senate vote that confirms an anti-ACA nominee even while citizens are now in the process of voting in the presidential election, dramatically increases the odds that our health care law will be overturned shortly after the election. This is when our highest court hears California vs. Texas, the Rebuplican lawsuit to end the ACA on November 10th,” said Gary Zuckett, Executive Director of WV-CAG, “The GOP’s power grab isn’t just about stacking the court, it’s about finally achieving their signature goal – to repeal the ACA so that their rich friends and corporations can get another massive tax break at our expense.”

A SCOTUS decision to overturn the ACA would take away health care coverage for over 20 million people including nearly 180,000 in West Virginia and would impact millions around the nation by ending pre-existing condition protections, discounts for prescriptions drugs for Medicare enrollees, prohibitions on annual and lifetime caps on coverage and many other rules for insurers that were created under the law. While millions of Americans would lose coverage and protections, leaving them even more susceptible to the impacts of COVID, prescription drug corporations would receive a massive tax break from the repeal amounting to $2.8 billion annually.

“Thanks to the ACA I’ve been able to get coverage for myself and my daughter, and finally get regular medical care for my chronic illnesses. . . before ACA, I couldn’t afford coverage because insurers would charge me more for my pre-existing conditions. Therefore, I just couldn’t afford to treat my illnesses. My quality of life has improved tenfold as a direct result of the ACA. Families like mine cannot afford to go back. The President’s nominee, if confirmed, will decide whether people like me will continue to get health care or whether the President’s politics will take precedence,” said Hunter Starks, who gets coverage through our state’s ACA Medicaid expansion.

Trump promised as a candidate in 2015 only to nominate judges to the Supreme Court who would overturn Obamacare. President Trump’s nominee, Amy Coney Barrett, a 7th Circuit judge, has a history of criticizing past Supreme Court decisions that upheld the constitutionality of the ACA and particularly objected to the no-cost birth control provisions of the law.

“Neither health care under ACA, nor consumer protections for millions with pre-existing conditions, nor reproductive health care access will be safe with Trump’s nominee on the Supreme Court. Rushing the nomination of Amy Coney Barrett is about one thing: stacking the court to advance the president’s political agenda which includes ending our healthcare to give massive tax breaks to the rich and Big Pharma,” added Zuckett. 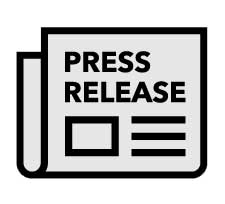