I don’t know about you, but I’m done settling. I’m done with waiting for change to happen, waiting for congress to do the right thing.

I’m ready to take action. Fighting against Medicare privatization, making medications affordable (caps/price negotiations), fighting to continue the ACA and Medicaid subsidies so that people don’t lose their coverage, and telling our state legislators we want a Medicaid Buy-in and caps on diabetic supply costs… it’s all part of my 2022 to-do list.

I’m ready to share my voice, my story, to speak up and fight for affordable health care. It’s past time. Will you join me? Share Your Health Care Story Here: www.tinyurl.com/wvstories21.

We all have health care stories, whether it’s us, our families, our friends, or even coworkers. So many in West Virginia, and the rest of the country, struggle to afford health care.

For me, it’s my parents. Mom is diabetic, so you know that’s expensive, especially the insulin. Mom is also a cancer survivor. One of my Dad’s medicines costs $300 a month out of pocket (not covered by their Medicare Advantage plan). And, he recently had a heart attack. He’s recovered well, and Mom is still cancer free, but it means more health concerns are on the horizon. And, my husband and I aren’t getting any younger.

And there is so much going on right now on the state and federal levels, so many calls we need to make.

At the state level, progress has been made, but there is much yet to do. Health Care for All WV is a coalition focused on affordable care in our state, and WV Citizen Action is a partner. Through all our collective hard work over the last few years, we have won Medicaid dental coverage, extended postpartum Medicaid coverage, and a $100 copay cap on insulin.

Contact your legislators, and let them know that, although we have made great progress towards a Medicaid Buy-in, and copay caps on diabetic supplies, we need their support in 2023 to get them both over the finish line.

And at the federal level…

Copay caps are a wonderful thing. They help consumers at the pharmacy check-out desk. But, real federal prescription drug price negotiations and protections from drug price gouging can help every consumer, Medicare, Medicaid and other health programs save tremendous dollars to re-invest in other needed health care services. Capping costs, on insulin or any other drug, is an important step toward affordability, but it doesn’t curtail drug corporations’ price-gouging.

The price of half the drugs in Medicare, the health care program for seniors, increased faster than inflation in 2020. Those premium increases were not tied to one specific drug, but rather to thousands of commonly used medications. Currently, there is no limit on what seniors pay out of pocket for drugs in Part D, forcing many to skip doses, not fill prescriptions or forgo other critical needs to get their medicines.

Right now, in Congress, there are proposals on the table as part of a package that lawmakers broadly support. The idea is beyond just copay caps or prescription drug price negotiations for Medicare. The idea is to combine cost containment measures (like an insulin cap and out of pocket cap for seniors in Medicare) with policies that actually rein in rising costs (like Medicare negotiations and inflation caps), so we can stop drug corporations from raising prices faster than inflation. You can read more about it in my Letter to the Editor, published in the WV Gazette Mail:

Let’s call our members of congress and ask them to support this proposal, so medications are made more affordable for all. 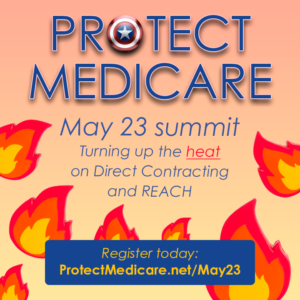 There is also this whole REACH thing. What is REACH? Well, it is a push for the privatization of Medicare, and neither you, nor I, or Congress have had a voice in it. It started as a pilot program under the Trump administration, then rebranded to REACH with the Biden administration. You can find out more at www.protectmedicare.net, and I highly recommend watching the informational video they just put out Monday, but here is the gist:

Take Action here (https://protectmedicare.net/take-action/), and contact your Congress members. Tell them they should demand answers, and an end to the REACH program, from the Biden administration.

Loss of Coverage and the End of COVID Emergency

According to our partners at West Virginians for Affordable Health Care, millions of families could face steep increases in healthcare premiums or loss of insurance coverage in the second half of this year as pandemic responses fall away:

We all need to make some calls to Senator Manchin, asking him to support a reconciliation package deal that would continue the ACA and Medicaid subsidies. 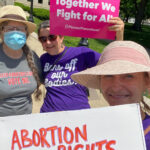 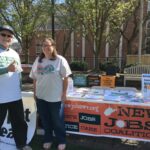 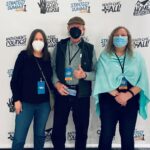 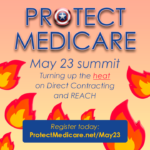 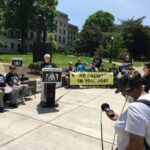