An Action Alert from the WV Environmental Council

We continue to work hard to ensure that the DEP rule on water quality standards is as protective of human health as possible. If you’ll recall from last week’s GREEN, the rules bill (SB 167) had been pulled from the agenda by Senate Energy, Industry, and Mining Chairman Randy Smith so that the WV Department of Environmental Protection (WVDEP) would be able to conduct its first public listening session to hear any of any new scientific studies that would affect its decision on whether to adopt a  number of EPA recommendations on human health criteria.

That meeting was well attended, but yielded none of the “new studies” that WV Manufacturers Association promised the agency. In fact, the only thing new was offered by WVU School of Public Health professor, Dr. Mike McCawley, who said in a statement to DEP:

Please call the members of the Senate Energy, Industry and Mining committee today. Tell them “to adopt the EPA-recommended human health criteria updates that strengthen our water protections!” 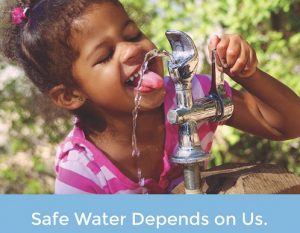