WASHINGTON, D.C.—Members of Congress backed by a cross-movement nationwide grassroots organizing effort announced the formal introduction of the THRIVE Act in Congress today.

The THRIVE (Transform, Heal, Renew, and Invest in a Vibrant Economy) Act is a $10 trillion package that will create and sustain 15 million good, union jobs in sectors ranging from clean energy to care work to manufacturing. It will cut climate pollution in half by 2030, provide care to those in need, advance racial, gender, Indigenous, economic, and environmental justice, and end mass unemployment in the process. The THRIVE Act is based on the THRIVE Agenda—an economic renewal proposal crafted and supported by a broad, multiracial, cross-movement coalition of organizations. THRIVE is an economic recovery plan commensurate with the unprecedented need posed by the historic crises the United States faces.

Over the March-April congressional recess, activists organized more than 250 “Recovery Recess” grassroots events in support of the THRIVE Act, and over the last week constituents have made more than 20,000 phone calls to Congress supporting the Act.

Watch the April 29 news conference about the Act’s introduction:

Find the bill text and more information about the Act:

Connect with a spokesperson for an interview or get more information: 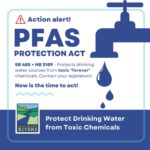 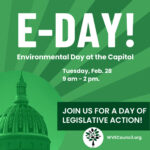 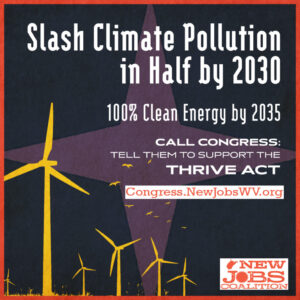